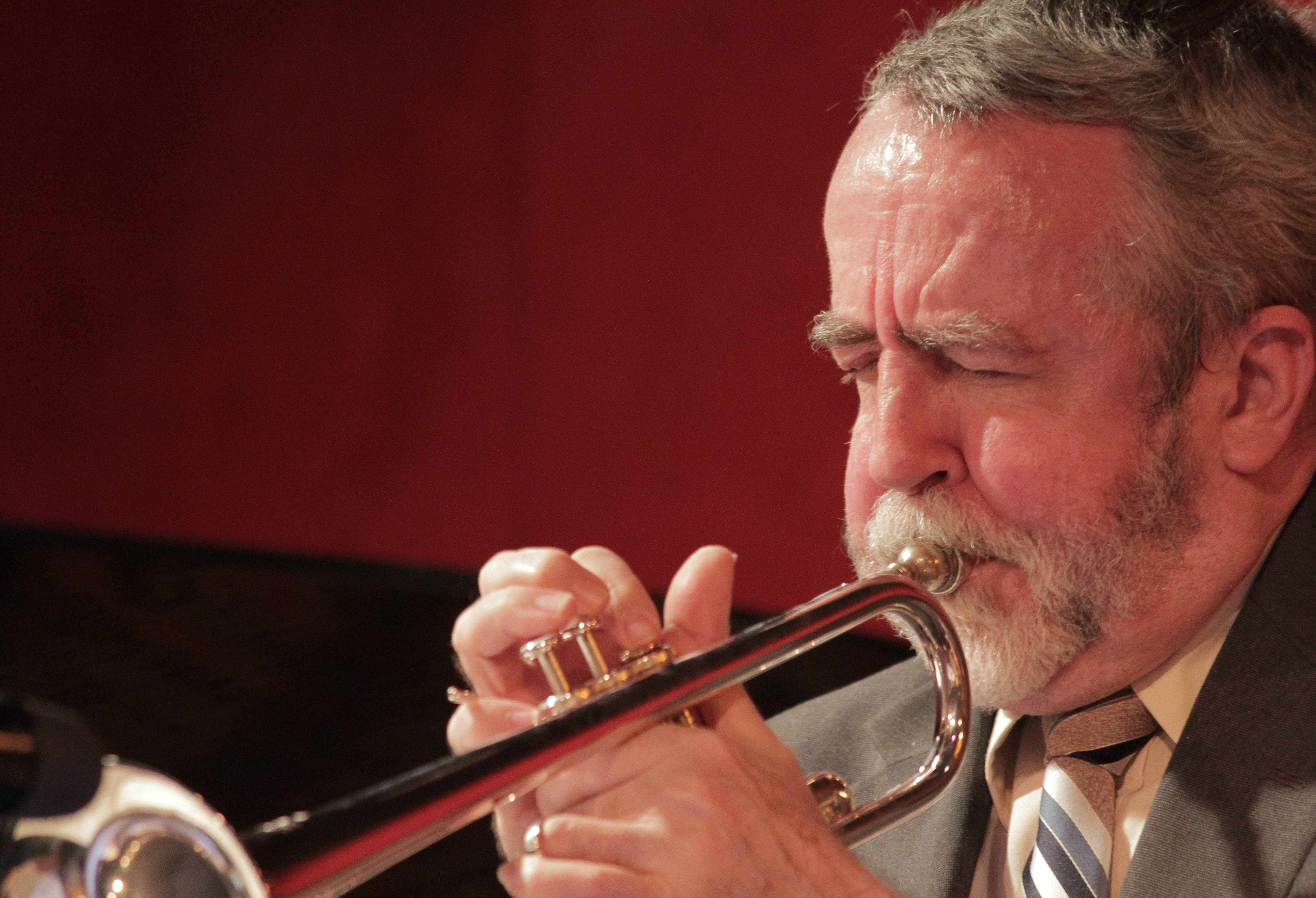 Don Sickler, founder of jazzleadsheets.com, was born on January 6, 1944, in Spokane, Washington. Don took up the trumpet at the age of ten and two years later formed his own jazz combo. Don received his Bachelor’s Degree from Gonzaga University, then decided to further his career and studies in New York City at the Manhattan School of Music, where he received his Master’s Degree in Trumpet Performance in 1970. During this time, he also played commercially, subbing on Broadway and playing in show bands and commercial jobs.

Don’s academic background from Gonzaga and his entrepreneurial spirit lead him away from a playing career in commercial music toward music publishing. After starting at E.B. Marks Music as music editor, he soon became managing editor, moving up to Production Manager of the Print Division at United Artists Publishing a few years later. There, his personal mission was to develop their large jazz holdings. While he managed the Print Division, United Artists’ publishing companies controlled the music that had shaped much of Don’s early musical life, from labels like Blue Note Records and Pacific Jazz Records.

Ultimately, Don became disillusioned by the lack of priority given to jazz in the corporate world, and in 1978 he left to begin his own publishing companies: Second Floor Music (BMI) and Twenty-Eighth Street Music (ASCAP). These full-service music publishing firms continue to operate today and now publish the works of over 350 jazz composers including Hank Mobley, Kenny Dorham, Bobby Timmons, Gigi Gryce, James Williams, Bobby Watson and many, many others.

After a seven-year hiatus following his graduation from Manhattan School of Music, Don Sickler resumed his performing career in 1978 with a gig alongside his longtime hero, drummer Philly Joe Jones. This began a five-year collaboration between the two. Being able to work and record with Philly Joe, one of jazz’ greatest drummers, was instrumental in bringing opportunities to work and record with many other great drummers, such as Art Blakey, Billy Higgins, Roy Haynes, Ben Riley and Charli Persip—and of course, many great jazz artists on every instrument. In 1982, Don Sickler played with Philly Joe in his all-star tribute band to the great Tadd Dameron, “Dameronia,” with arrangements transcribed by Don and pianist John Oddo. Dameronia released two albums and played through 1985; they were both a critical and popular success in the jazz world.

During the 1980s, Don Sickler made several album releases as a leader, all of which showed his continued passion for the music of his composers and his commitment to bringing beautiful jazz works into the public eye. His first release was 1983’s The Music of Kenny Dorham for Uptown (currently on Reservoir) was also Don’s first time to recorded with jazz legends Jimmy Heath, Cedar Walton, Ron Carter and Billy Higgins. In 1988 and 1989, Don recorded two albums, Superblue and Superblue 2, with some of the best young musicians on the scene—stars like Roy Hargrove, Mulgrew Miller, Ralph Moore, Wallace Roney, Renee Rosnes and Bobby Watson. Don’s most recent releases are Night Watch and Reflections, both of which introduce jazz fans to lesser-known gems from the Second Floor Music and Twenty-Eighth Street Music catalogs. In addition to his releases as a leader, Don has recorded prolifically as a sideman alongside many of the greatest jazz artists from Frank Wess to Herbie Hancock, Wayne Shorter to Christian McBride.

Don’s arrangements have been recorded by many jazz legends including Art Blakey, Joe Henderson, Freddie Hubbard and Woody Shaw. He has produced many jazz albums, including five Grammy award winners starting with Joe Henderson’s Lush Life (which won a Grammy in 1992), and several more Grammy-nominated CDs such as J. J. Johnson’s The Brass Orchestra. In 1994 he was the music director for Verve’s 50th anniversary concert at Carnegie Hall. Don is the musical director of the yearly Thelonious Monk International Jazz Instrumental Competition for the Thelonious Monk Institute. He is also the Associate Producer for the acclaimed Jazz Icons DVD series. Don has been teaching at Columbia University since 1986, where he leads several jazz ensembles and teaches trumpet as well as jazz arranging and composition. Stay up to date on Don Sickler at DonSickler.com.