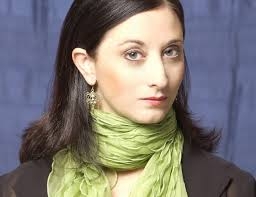 Few can deny that Renee Rosnes is one of the most important pianists and composers in contemporary jazz. As a child, Renee was initially attracted to classical piano, but became interested in jazz during high school. She went on to study classical piano performance at the University of Toronto but returned to Vancouver to pursue jazz. Renee quickly rose to the top of Vancouver's active jazz scene and performed as a sideman with Joe Farrell and Dave Liebman while still in her teens.

In 1986, she was awarded a Canada Council of the Arts grant which enabled her to move to New York City to study. Renee very quickly established her piano prowess. Shortly after arriving, she was hired by Joe Henderson as a member of his quartet. In 1988, she toured with the Wayne Shorter Band, and in 1989 she joined JJ Johnson's Quintet and remained a member of his band until his retirement in 1997. Also in 1989, she began a long stint as the pianist of the James Moody Quartet and performed with him until his passing in 2010.

Renee released her self-titled debut album under Blue Note Records in 1990; so began a long career with Blue Note that produced eleven recordings and garnered four Juno Awards. She has also released recordings as a leader with other labels. Other projects have included working from 2004-2009 with the SFJAZZ Collective, and a two-piano collaboration with her husband, acclaimed pianist Bill Charlap. The couple released their debut recording, "Double Portrait" (Blue Note) in 2010.

Her work as a composer earned Renee SOCAN Composer of the Year award in 2003, and her pieces have been performed and recorded by JJ Johnson, Phil Woods, Joe Locke, Joe Magnarelli, Michael Dease, Walt Weiskopf, SFJAZZ Collective, the Danish Radio Big Band, and the Carnegie Hall Jazz Orchestra, among others.