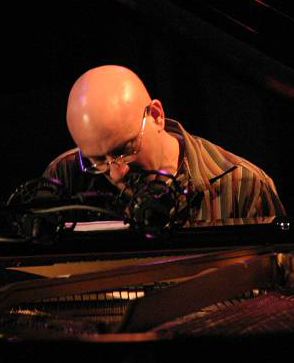 Boston-native Rob Bargad is an accomplished pianist, organist, composer, songwriter, arranger, producer and teacher. In 1984 he began his jazz career accompanying Little Jimmy Scott and Dakota Staton in New York City. He toured the United States as the pianist for vibes master Lionel Hampton, the Harper Brothers and most notably, the late cornetist Nat Adderley. Rob played and recorded with Adderley for eight years.

Bargad has recorded several CDs as a leader and co-leader both in the US and in Europe, where he has been living for the past few years.

Rob's compositions have been recorded by Adderley, saxophonist Vincent Herring and singer-pianist Dena DeRose, among others. Rob Bargad is now a Professor of Jazz Piano at the music conservatory of Klagenfurt, Austria, and Jazz Vocal Assistant at the Kunstunivesität in Graz. Bargad has also led his own bands since the late 1980s and continues recording today.