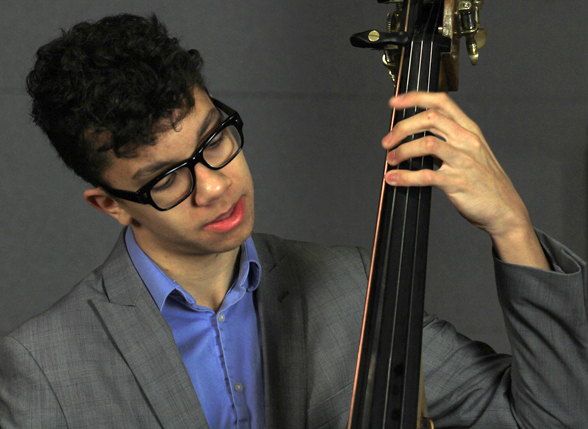 Daryl Johns was born in the Bronx and began playing bass at age seven with encouragement from his father, drummer Steve Johns, and his mother, saxophonist Debbie Keefe. Johns has studied with Chip Jackson and Dave Santoro. He has attended the Jazz in July program, the Vermont Jazz Center, and the Litchfield Jazz Camp. Johns sits in regularly around the New York area with musicians including Joe Lovano, Dave Liebman, and Randy Brecker. He also performs throughout New York and New Jersey with a trio of his peers. Johns was featured on a Fox television segment called “12-Year-Old Jazz Prodigy."

The Thelonious Monk Institute awarded Daryl a special mention award at the 2009 Thelonious Monk International Jazz Bass Competition. That's where producer Don Sickler met Daryl, and he immediately wanted to get Daryl into the recording studio. By the end of January, 2010, Daryl was recording at the Van Gelder Recording Studio. He spent much of that year, and the next, recording jazzleadsheets.com projects.