This riff on the changes of All The Things You Are has become something of a standard in its own right. Kenny Dorham trumpet solo and Hank Mobley tenor sax solo transcriptions also available. 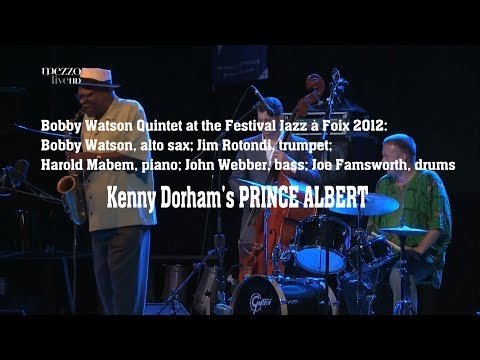 This is Kenny Dorham's classic based on the chord progression of the standard All The Things You Are. Our audio excerpt starts right on the melody and continues to the beginning of the middle section (it's Latin for the melody only). The complete recording starts with a classic rhythm section intro that is notated in the C treble clef lead sheet. During the horn solos, the rhythm section plays some intriguing backgrounds (see our note in the Solos tab).

Kenny Dorham's first recording with the Charlie Parker Quintet came from the New York City club The Royal Roost, on December 25, 1948 (released on Savoy Records). Parker's rhythm section was Al Haig (piano), Tommy Potter (bass) and Max Roach (drums). Sometimes two more instrumentalists were added to the front line: Lucky Thompson (tenor sax) and Milt Jackson (vibes). We're very fortunate that this quintet played many times at the Royal Roost. We count ten Royal Roost recordings from different days during this period. There's also one from the Waldorf Astoria and several other sessions as well. The last session in this period in NYC is on May 5, 1949.

The next preserved quintet performances are in Paris, France, at Salle Pleyel on May 8, 9, 14 or 15, and the Colisee Movie Theatre, Roubaix, France, on May 12, 1949. On May 15, with James Moody (tenor sax) replacing Charlie Parker, the group recorded four tracks, one of which was the first recording of Prince Albert. It looks like this session could be the first recording session that drummer Max Roach could claim as a leader, although some of these tracks have also been issued with Al Haig or James Moody as leader.

Kenny Dorham made a few changes to his composition, but saved the next recording for the first recording of the classic Jazz Messengers (at the Cafe Bohemia). Since then, quite a few jazz artists have recorded Prince Albert..

For a more recent take on the same changes, check out pianist Don Friedman's Almost Everything.

Transcribed Trumpet and Tenor Sax Solos: Both Kenny Dorham and Hank Mobley played classic solos on this recording. B-flat and C treble clef editions of each solo are available. Kenny solos for three choruses, Hank solos for four choruses, then the horns trade fours with the drums until the middle section of the composition. Dorham returns, soloing over the Latin section, until both horns enter with the last section of the melody.

Trumpeter Kenny Dorham trumpet was the first soloist, and our excerpt starts with his solo break. As you can hear, this rhythm section loved to play together. With a bass player like Doug Watkins laying down such beautiful in-the-pocket walking, the soloists and the rest of the rhythm section were free to engage in a playful and stimulating dialog. Watkins really grounded everything, leaving Blakey free to go any direction he pleased under the soloist. There are some challenging Blakey explorations, but the rhythm section doesn't hit any figures together until the last section of Kenny's second chorus.

Hank Mobley's tenor tenor sax solo excerpt starts with his entrance in the second measure of his chorus and continues into the middle section, which was Latin during the melody. Now, during the middle section, the rhythm section shifts to 3/4 (three against two). To start the second tenor chorus, the rhythm section gives Hank a syncopated 2-feel background. In the second eight, the drums and piano play double-time feel while the bass continues to walk normally. For the middle section of Hank's third chorus, the drums and piano are back to double-time feel, while the bass still walks at regular tempo. The rhythm section starts Hank's fourth chorus with more of a 1-feel. It might seem that exotic rhythm section adventures like those described above, under a solo, would be very distracting and risky. In this case, though, the soloists are inspired to new heights. Exceptional musicians making exceptional music.