One Before This – Gene Ammons

This is an "It doesn't have to be hard to be good" classic. Check out the recordings: everyone is having a whole lot of fun. A simple, swinging riff song with rhythmic hits played by the whole band. We have condensed scores and various parts available for both two-horn and three-horn arrangements. The lead sheets become the 1st parts.

This song is all about rhythm—the melody is really built out of rhythm, as both the A section and the bridge have melodies built out of a single repeated note. The A section theme is a catchy two-measure riff, played by the whole band until the last two measures where the melody finally changes notes over the rhythm section 4-feel. In this riff, each measure has three chords: Gm7, G♯dim7, F6/A—a classic “walk up” progression, with F connecting them as the melody note. The bridge also has a single-note riff, with a three-beat rhythm repeating over the barline. The changes here are like the bridge of “rhythm changes,” but with D minor instead of D7; this chord and the C7 at the end of the bridge are delayed by one measure, to the 4th and 8th measures respectively. The solo changes are essentially the same as the head changes, but with the “walk ups” stretched out to two measures each over the first six measures of the A sections.

Because there are so many chords in the A section riff, our lead sheets and parts show chord symbols for only the first two and last two measures of A, the bridge, and the last two measures of C. Rhythm section players should use the Concert Condensed Score which shows the original bass hits, etc.

About the arrangement: Our lead sheets work as a first part for both the quintet and sextet arrangements. In the quintet arrangement, the second part harmonizes the A section melody riff with a chromatic “walk up” with the changes, a third above the roots. The bridge riff is harmonized mostly in whole steps. The quintet Concert Condensed Score shows in detail how this song is played on the original Ammons/Stitt recording. In each measure of the A section riff, the bass fills in around the melody with alternating low and high C on the “and” of beat 3. Other important bass notes are shown in the condensed score; notably, on this recording the bass notes of the riff are a third below the roots of the piano chords (E♭, E, F). The ending in this score also reflects the recording: the last note is held out and the rhythm section plays a final F7(♯9♯11) chord. This song could easily end more abruptly, as in the Jimmy Smith recording (see album cover above, right); this is shown in our lead sheets and parts.

If you are in a 2-Tenor quintet, and you want to play it exactly like Ammons and Stitt, you'll each have to mark your parts accordingly: Ammons plays the top parts at A and C except at the end of the 7th measure of the first A. Stitt plays the melody on the bridge.
"Boss Tenors" was the second of two Gene Ammons/Sonny Stitt albums recorded on consecutive days in Chicago with the same rhythm section. The previous day’s session produced the album “Dig Him,” on the Argo label. These are bassist Buster Williams’ very first recordings. Pianist John Houston and drummer George Brown worked with Gene Ammons in the ‘50s; these sessions are their last recordings with Ammons. Later in the ‘60s, John Houston went to Los Angeles, where he played on Harold Land’s 1963 album “Jazz Impressions Of Folk Music.”

Don Sickler: Not that long ago, when two great baritone saxophonists (Gary Smulyan and Frank Basile) surprised me by having some serious fun rehearsing The One Before This in my rehearsal studio, I knew I had to put it on the top of my Gene Ammons list to put up on jazzleadsheets.com. This music needs to be played! 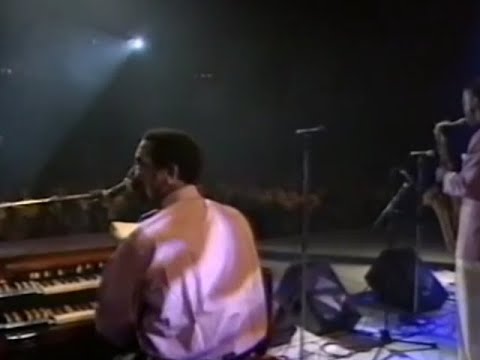 Don Sickler: In the original 2-horn arrangement, the pianist comped all of the chords to fill in the voicings. The bass was in charge of the syncopations that ended each phrase of the A section melody. The new instrumentation of organ and three horns let me think about it differently. Our bassist, Christian McBride, knew the original recording, but was fine with me putting him on the bottom of the horn section, letting Jimmy fill all of the breaks. I remember telling Jimmy, "My idea was to give the horns and the bass all the melody figures, and you get to explore all of the breaks, and whatever else you want." Jimmy took advantage of the great sustaining ability of the organ, holding his opening notes right through the horns' punctuating chords. I loved that effect!

Our sextet Concert Condensed Score again shows all the important rhythm section activity on the head on this recording, including Jimmy's opening organ fills.
"Damn!" has an unusual connection to “Boss Tenors”: like Ammons and Stitt’s album, this Jimmy Smith album was one of two recorded on consecutive days. Three sessions on January 24th, 25th, and 26th produced two Smith albums: “Damn!” and “Angel Eyes.” Besides the personnel heard on this track, trumpeter Roy Hargrove appears on some of both albums, as well as trumpeter Nicholas Payton, alto saxophonist Abraham Burton, and drummers Bernard Purdie and Gregory Hutchinson. “Damn!” is Art Taylor’s very last recording; he died less than two weeks later.

Don Sickler: Jimmy was very easy to work with at this session. When drummer Art Taylor arrived, Jimmy and the rest of us were concerned about Art because he looked very frail. I remember Art saying to me that he was sure he would be cool for one take of everything, but he wasn't in shape for any rehearsing. I had been taking to Art on the phone before the session, and he sounded like the Art I had known for years, always articulate and together. When he showed up at the session, we were all in shock at his physical appearance. Listening to his performances, however, you hear nothing but his usual great drumming—no problems at all!." Art's determination and drive really inspired Jimmy and everyone else there.

Jimmy Smith recorded a lot of classic albums for Verve Records in the 1960s and 1970s, including, in 1966, "The Dynamic Duo" album with guitarist Wes Montgomery which also featured the classic Down By The Riverside, arranged and conducted by Oliver Nelson and recorded at the Van Gelder Recording Studio. In 1994, I was honored to be the conductor for Jimmy Smith and guitarist Kenny Burrell's re-enactment of that classic recording on the stage of Carnegie Hall.

That concert started Jimmy's return to Verve, and I was added to the list of Jimmy Smmith producers and arrangers with the "Damn!" and "Angel Eyes" albums. I had been involved with Jimmy before, when he returned to his original record company, Blue Note, for the "One Night With Blue Note" video and recording project (1985). That's when I learned the hard way NOT to give Jimmy any music to read! I'll save the gory details of that story for another time. I next worked with Jimmy at the Mt. Fuji Jazz Festivals in the late 1980s. In 1990 I got to play behind him in the trumpet section of the Blue Note Big Band, on another one of our jazzleadsheets.com classics: Moanin' by Bobby Timmons. This video shows the full, true, wild-man, crowd-pleasing character of Jimmy Smith. He hadn't heard my arrangement before, and my orchestrated transcription of Bobby Timmons solo surprised him. As you'll see, Jimmy always has fun! As tough as he could be to work with at times, once you got him playing, his magical organ voice would always take you over. 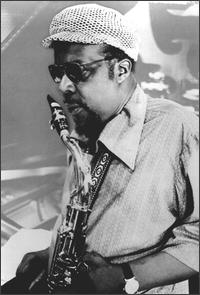