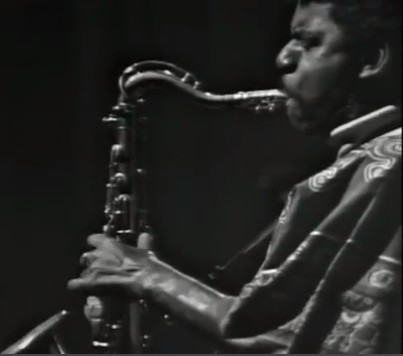 Although he never received the credit he was due, the versatile tenor saxophonist Roland Alexander started his career with an unexpected break at age twenty when he made his recording debut—on piano. Born and raised in Boston, Massachusetts, Roland was trained both formally at Boston Conservatory and through day-to-day gig experience, so he was skilled enough to step in when the scheduled pianist (believed to be Red Garland) didn’t make a Paul Chambers session that Roland was observing on April 20, 1956. He was asked to sit in on piano for the blues Trane’s Strain, which was quite a break for the young musician, as the other players on the session were well-known names like John Coltrane, Curtis Fuller, Pepper Adams, and the rest of Miles Davis' current rhythm section, Paul Chambers on bass and Philly Joe Jones on drums.

With this lucky experience under his belt, Roland went on to bigger gigs in the later 1950s, on tenor sax. He moved to New York in 1958 and in 1959 and 1960, did some recording sessions behind singers for the Bethlehem label. His work with Bethlehem led to him recording with the newly formed band of Charles Persip And The New Jazz Statesmen on April, 2, 1960—another big break for the young saxophonist. On that band Roland played alongside Freddie Hubbard and Marcus Belgrave with Ronnie Mathews, Ron Carter and the leader, Charli Persip (as he is now known) on drums. The group also recorded two of Roland's compositions, Sevens and Soul March. Roland went on to record with Howard McGhee, also for Bethlehem, before getting his own first album as a leader for the New Jazz label. This June 17, 1961, recording is called "Pleasure Bent" and was the first recording of the eponymous composition. Not only was this Roland’s first album as a leader, but it also launched him as a composer; both Junior Cook and Blue Mitchell later recorded Pleasure Bent.

The 1960s and 1970s brought Roland into a more free jazz style. His 1978 release “Live At The Axis” for Kharma Records, his second and final release as a leader, was far more experimental than the preceding “Pleasure Bent.”