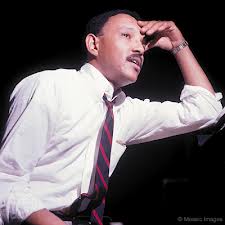 Pianist Jack Wilson was born in Chicago but moved to Fort Wayne, Indiana, at age seven. By his fifteenth birthday, he had become the youngest member ever to join the Fort Wayne Musician’s Union. At the age of seventeen he played a two-week stint as a substitute pianist in James Moody’s band. After graduating from the local high school, Wilson spent a year and a half at Indiana University, where he met Freddie Hubbard and Slide Hampton. He went on to tour with a rock ‘n roll band, which led him to Columbus, Ohio, where he found the then-unknown Nancy Wilson and Rahsaan Roland Kirk. He settled there for a year, then moved to Atlantic City, where he led the house band at the local Cotton Club.

He met Dinah Washington, who hired him for his first recording session on October 1, 1957, for EmArcy records and continued recording with her through 1961. He then moved to LA and did extensive freelance work and recordings throughout the remainder of the '60s and '70s with artists such as Gerald Wilson and Roy Ayers, a few albums of his own, and albums with singers such as Sarah Vaughan, Nancy Wilson, Irene Kral, Julie London, O.C. Smith, Esther Phillips and Lorez Alexandria.