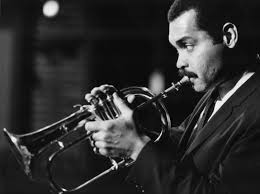 Art Farmer has long been admired for his lyrical playing. He started on trumpet, then switched to flugelhorn, helping to popularize the instrument. Eventually , Art played the Flumpet, a Flugelhorn-Trumpet combination that was especially designed for him. He played professionally since the 1940s, and started recording in bands at 19 years of age in 1948, when he played in the bands of Jay McShann, Benny Carter, Gerald Wilson and others.

He worked with Gigi Gryce, Horace Silver and Gerry Mulligan in the 1950s and co-led the Jazztet with Benny Golson from 1959-62. Art lived in Europe since the late 1960s but returned to the U.S. often to record and tour. He recorded numerous albums as a leader, including several within the last few years of his life.