My Groove, Your Move – Hank Mobley

A classic Hank Mobley swinger with trumpet and tenor sax in octaves. 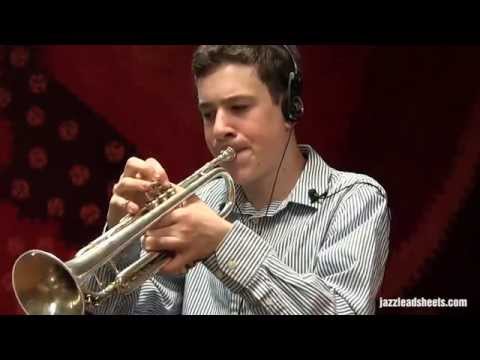 A swingin' "groove" is the name of the game for this Mobley title. Hank knows the power of two horns in octaves. This is a perfect example of an arrangement that doesn't require horn harmony parts, plus it obviously will work great for one horn. If this one doesn't get your toes tappin' and put a smile on your face, you need a tuneup.

Hank did two important leader dates in 1960. On February 7, 1960, he recorded his quartet date "Soul Station" with the same incredible rhythm section that he also uses on the "Roll Call" date. Unbelievably, this rhythm section only made four whole albums together: Johnny Griffin's "A Blowing Session" in 1957 (Hank was also on that date); those two Mobley dates; and, just four days before the "Soul Station" session, the "Here's Lee Morgan" session for Vee-Jay Records. Their only other recording almost-together was in 1958 when Paul Chambers replaced Sam Jones for three numbers on Blue Mitchell's "Out Of The Blue" recording for Riverside Records.

Trumpeter Freddie Hubbard recorded his first album as a leader ("Open Sesame") also in 1960 (June 19). Tenor saxophonist Tina Brooks was on that session. Freddie did his second leader date, "Goin' Up," on November 6, 1960, inviting Hank to be the second horn in the quintet. Seven days later, Freddie was the second horn on Hank's "Roll Call" date.

Email Send My Groove, Your Move to a friend