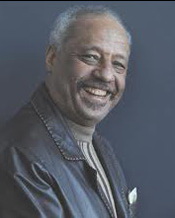 Born Lee Odiss Bass III, Mickey Bass is an American bassist, composer, arranger, music educator and producer. He was born in Pittsburgh, PA. His grandmother, a minstrel show performer, taught Mickey and his cousins Barbershop Harmony, a great start to a life in music.

In 1961 Mickey entered Howard University in Washington, D.C., where he studied bass with Bernard Mason, director of the symphony orchestra. He was "failed" when a teacher heard him playing jazz, a forbidden genre on campus. In 1963, Mickey moved to New York City where he had his first break, playing with Hank Mobley at Harlem's famous Hotel Theresa. Mickey also played at the original Birdland club with Sonny Rollins and Bennie Green.

Mickey's first recording was in 1965 on Bobby Timmons' "Chicken And Dumplin's" album for Prestige. He recorded another album with Timmons the following year, and in 1968 recorded on a Lee Morgan session for Blue Note. In 1972 Mickey recorded with Curtis Fuller and started recording with Art Blakey and the Jazz Messengers. He continued to record as a Jazz Messenger the following year.