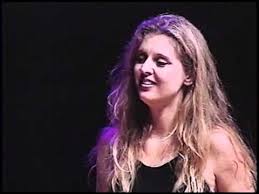 Dutch vocalist and lyricist Fleurine has been working in the Netherlands and United States since 1993, creating her own unique niche in the jazz world. Placing her own unconventional spin on jazz songs, Fleurine has written lyrics to compositions by Thelonious Monk, Kenny Dorham, Ray Bryant, Curtis Fuller and Thad Jones which were recorded on her debut album “Meant to Be!” .

Fleurine has performed at many venues and events including Blue Note, Birdland, the PizzaExpress Jazzclub in London and the North Sea Jazz Festival where she met Brad Mehldau. Mehldau and Fleurine recorded a duo album entitled “Close Enough to Love” and toured the world.

She debuted as a producer on guitarist Jesse van Ruller’s album “European Quintet.” “Meant to Be!” was re-released under Universal along with her new album “Fire,” produced by Robert Sadin. She has worked with top artists including Seamus Blake, Brad Mehldau and Peter Bernstein to arrange famous pop hits by Peter Frampton, Bruce Springsteen, and the Pretenders into a jazz context in the new album. Fleurine's latest information can be found on her website.