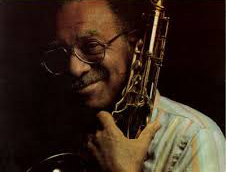 Philadelphia-born tenor saxophonist Bill Barron was also a gifted composer. His first record date was with Cecil Taylor in 1959. In November of that year he recorded Interpretation with drummer Philly Joe Jones on the Riverside label. Barron continued to perform and record with Jones through 1960. In 1961 he started recording as a leader for Savoy records and began his association with trumpeter Ted Curson which resulted in several more recordings. Barron also had a successful career as an educator in the NY area, directing a jazz workshop at the Children's Museum in Brooklyn, and teaching at City College of New York, before leaving the city to become the chairman of the music department at Wesleyan University. He also introduced his younger brother, pianist Kenny Barron, to the jazz recording world and featured him on most of his own recordings.