An easy-grooving minor blues with some well-placed rhythm section hits. Peter Bernstein has recorded this several times, with slight variations. 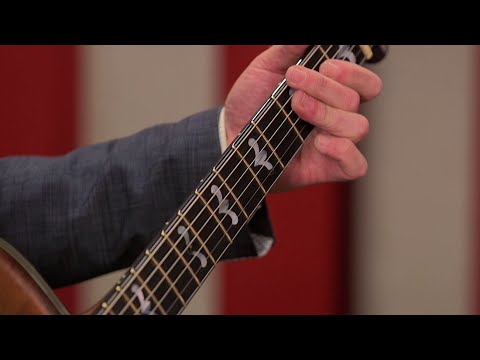 This simple minor blues melody is all about setting and establishing a great two-feel medium groove tempo. The answering 3rd and 4th beat hits in the second and sixth measures help you put both feet on the ground, as you spin out the melody. It's a classic hard bop format spiced with chromatic passing chords. The melody is mostly pentatonic, with more chromatically angular lines for the turnaround; this is a chromatic approach Fm7-B♭7 to Em7-A7. Peter doesn't play the turnaround line exactly as written in our lead sheet on this recording, but on other recordings he does.

The coda in our lead sheet editions consists of six measures of I-VI-II-V vamp followed by a descending series of chords beginning in quarter-note triplets. The qualities of some of these chords vary on different recordings, but the direction and root motion is the same. The Coda from our lead sheet comes from this recording. Note that the lead sheets available under each record cover are identical.

Check out the videos above as well as the videos attached to the other recording for a chance to watch Peter performing this great groove.
This recording was done live at The Cellar in Vancouver; both the venue (which closed in 2014) and the record label were founded by saxophonist Cory Weeds.

Peter says he named this song after his beloved dog Bones, and he carries a photo of Bones in his wallet to this day.
Combining a soulful melody with an interesting harmonic approach to the minor blues, Peter Bernstein's Bones is an excellent example of a fresh approach to tried-and-true forms. This transcription is of Bernstein's trio performance from a live studio session in Seattle at the KNKX Public Radio Station. Guitarists should take notice of Bernstein's ability to comp for himself while playing the melody. This Bones transcription is a great choice for intermediate to advanced study. 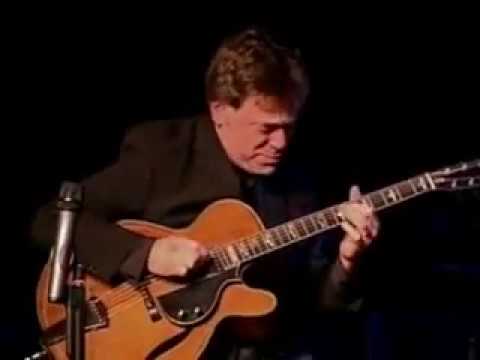 Looking at our lead sheet editions, while checking out this recording, you'll find that the melody on this version is played in unison by tenor sax and guitar, first an octave below where it is written, and the second time in the written octave. Peter harmonizes the melody on the last four measures of the second chorus.

The ending is different on this recording: an open vamp and fade to a final Dm6(9) chord. Note that the lead sheets available under the two different album covers are identical.

Check out the videos above as well as the videos attached to the other recording for a chance to watch Peter performing this great groove piece.
Peter's first recording with organist Mike LeDonne was in 1991, on Michael Hashim's Stash label album "A Blue Streak," which contains one of our organ/guitar classics, Our Miss Brooks. Lord discography shows 18 more recordings that feature Peter and LeDonne, where they've also recorded more music from the jazzleadsheets.com/Second Floor Music catalog. Here are two that are currently on jazzleadsheets.com:
-- from composer Don Patterson: Aries and Up In Betty's Room

We'll be adding other songs they recorded together soon:
-- from composer Jon Gordon: Minor Dues

-- from composer Sonny Clark: Blues In A Jiff

. That version is actually the most similar to the lead sheet here. The turnaround melody the same as in this Mike LeDonne recording, but the coda is closer to the later Tilden Webb Trio version (click on the first album cover above).