This lyrical 3/4 composition shows a quite different side of Ryan Kisor than the challenges of Panic Attack and Horror Show. The two recordings have slightly different arrangements.

Not all of Ryan Kisor's songs are workouts! This song's simple, calm melody is eminently singable and sounds like a standard. The head is played twice. Though the main key center is C, in the A section the changes center around F while the melody is still within a C tonality. (Interestingly, this doesn't feel like a modulation to F; it is really based on the F major chord found in the key of C.) The B section modulates to G♭, returning to C by chromatically descending II-Vs in the C section. In this version, the C section is 12 measures long; it is extended to 16 measures on the other recording (click on the "Sidewinder" album cover above), and both possible endings are shown in the lead sheet. On this recording, the rhythm section vamps the last four measures as an intro. The ending is right at the end of the form, as indicated in the lead sheet.
"The Dream" is the fourth of Ryan's five Criss Cross albums. The first, "Battle Cry" from 1997, featured Sam Yahel on organ, Peter Bernstein on guitar, and Brian Blade on drums. "Point Of Arrival," from the following year, featured the same lineup as "The Dream" with Ryan's brother and fellow trumpeter Justin Kisor sitting in. 1998's "Power Source" featured a piano-less quartet with Chris Potter, bassist James Genus, and drummer Gene Jackson, while the last was "Awakening" in 2002, featuring Yahel, Bernstein, Jones, and tenor saxophonist Grant Stewart . Eric Alexander, tenor sax, joins Ryan's quartet for one track on "The Dream."

Both this song and Panic Attack also appear on Ryan's Videoarts album "The Sidewinder."

This version is faster than the original, but the first time through the in head is played rubato, without the drums. The C section here is four measures longer than in the first recording: the last four measures are played twice. (Both endings for the C section are indicated in the lead sheet.) This new last eight measures of the in head are where the organ sets up the time for the drums. Organist Sam Yahel frequently plays Em(maj7) as the first chord of the C section; he plays this section rubato as an intro before Ryan comes in with the melody. The ending of this recording is a longer vamp, ending on a C major chord.
Ryan Kisor has recorded six albums for Video Arts; "Sidewinder" is the third. The first two, in 2000 and 2001, are simply titled "Kisor" and "Kisor II". Both feature Ryan's frequent collaborators Peter Zak on piano and John Webber on bass; the drummer is Willie Jones on "Kisor" and Joe Farnsworth on "Kisor II". After "Sidewinder" came "Donna Lee", with Sam Yahel, Peter Bernstein, and Gregory Hutchinson; "This Is Ryan", with Grant Stewart, Zak, Webber, and Jason Brown; and "One Finger Snap" with Zak, Webber, and Joe Strasser.

For more from this album, check out Panic Attack; for more about "One Finger Snap", go to Horror Show. 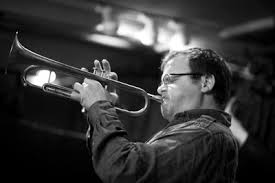