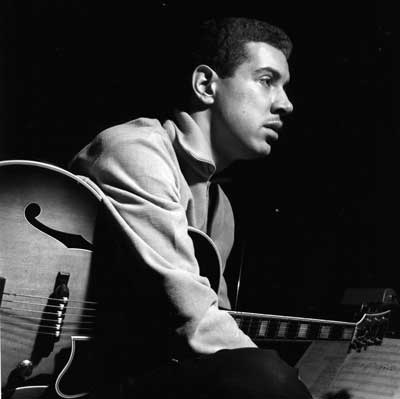 Duke Ellington's favorite guitar player, Kenny Burrell has influenced musicians worldwide. His career spans from his first recording session with Dizzy Gillespie at the age of twenty to his current job as head of the jazz program at UCLA. Originally from Detroit, Burrell has played with many of the greats in both the jazz and pop fields, from John Coltrane to Tony Bennett.

A consummate sideman, Burrell recorded with a wide range of prominent musicians. He also led his own groups since 1951 and recorded many well received albums as a leader. A highly popular performer, he has won several jazz polls in Japan and the United Kingdom as well as the United States. He is an extraordinarily prolific recording artist, releasing dozens as a leader and appearing on over 100 as a sideman; he continues to record to this day.