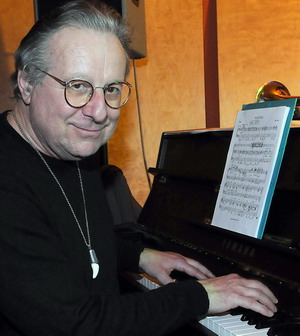 From 1968-1982 he taught piano at the Jazz Department, Vienna Conservatory. In 1970, Fritz started recording with trumpeter/flugelhornist Art Farmer, a relationship that would continue into the 1990s yielding great recordings, many of which featured originals by Fritz Pauer. After Farmer's death, Pauer continued performing and recording with many fine musicians, and, of course, he composed. He retired from the University in Graz (Austria) Jazzdepartement (1989-2009), where he was accompanist for the vocal class with guest professors Sheila Jordan, Mark Murphy, Jay Clayton, Laurie Antonioli, Andy Bay, Dena DeRose, Tom Lellis, and others. Fritz Pauer died suddenly in 2012. He was one of Europe's most respected jazz musicians.