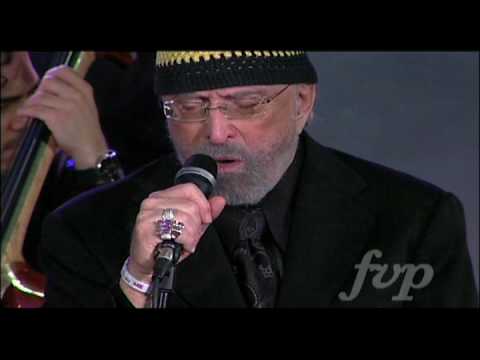 Known for his unique inventiveness and improvisations, jazz vocalist and lyricist Mark Murphy has a distinctive post-bop vocal style. Raised in Syracuse in a musical family, he sang with his brother's dance band and studied theater and voice. Moving to New York in 1954, he recorded his first album, "Meet Mark Murphy" with Decca Records and then signed with Capitol in 1959, under whom he released four LPs. He went on to record classic jazz with Riverside Records, hitting the charts in 1963 with the singles of Fly Me To The Moon and Angel Eyes, procuring him the "New Star of the Year" award in Down Beat Magazine's Reader's Poll.

After acting in England for a brief period, he returned to the US. He recorded an an album a year for 14 years (for Muse Records), garnering him widespread critical acclaim and Grammy nominations. He is widely known for his original lyrics to the jazz standards Stolen Moments and Red Clay, and has been a recipient of six Grammy award nominations for Best Vocal Jazz Performance alongside the 1996, 1997, 2000 and 2001 Down Beat magazine awards for Best Male Vocalist. He has composed and sung lyrics to instrumental works from Miles Davis, Sonny Rollins, Pat Metheny, Charlie Parker, Herbie Hancock and Charles Mingus. Since the 1990s, Murphy has toured and recorded relentlessly, releasing 38 albums as a leader to date over the course of his career. His most recent release was as recent as 2013 ("A Beautiful Friendship: Remembering Shirley Horn").