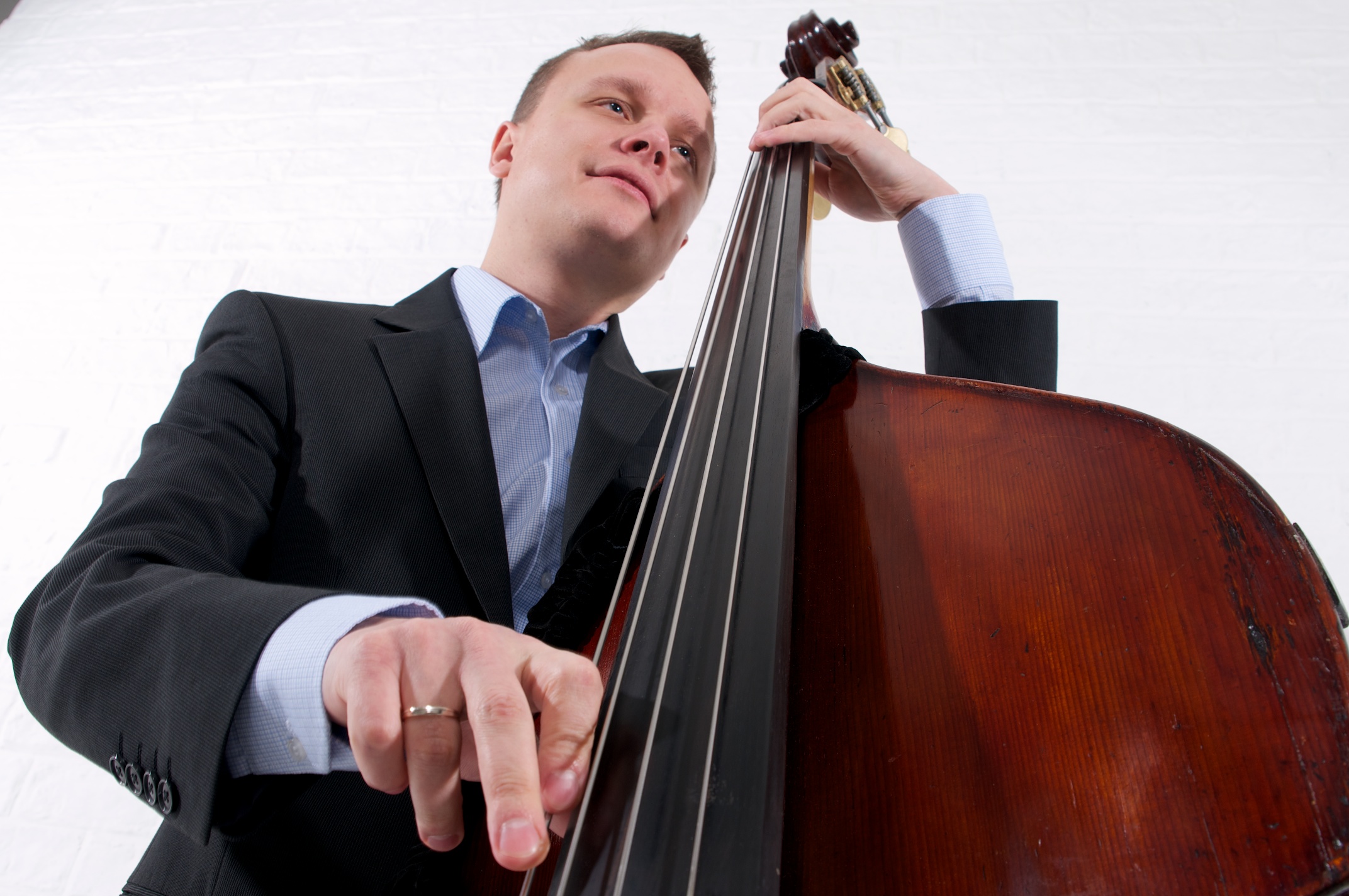 Yuriy Galkin was born in Russia into a family of musicians. He started to play classical piano at the age of 7, picked up electric bass by the time he was 15, and after only a few months of self-teaching he was able to play professionally. He became interested in jazz and was influenced by a number of great bassists including Paul Chambers, Ron Carter, Charles Mingus, Dave Holland, Niels Pedersen and John Patitucci. His imagination fueled by those great artists, Yuriy started practicing double bass and dedicated himself to the world of jazz music.

He has established himself on the UK jazz scene as a brilliant acoustic and electric bass player, performing at such major venues as Ronnie Scott's Jazz Club, Barbican, The Vortex Jazz Club, Southbank Centre, The Bull's Head, The Drill Hall. He's also built a reputation as a creative and innovative composer and arranger.

In 2008 he formed his own 9-piece Symbiosis Jazz Orchestra performing his original compositions. The band has made a number of appearances on the jazz scene getting a reputation of one of the most powerful large jazz ensembles today.

In 2010 Yuriy won the prestigious Dankworth Composition Prize for Evolvent written and arranged for nine-piece orchestra. The Full Score and parts are available at a ejazzlines.com.