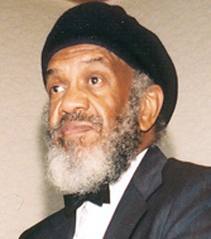 Leon Mitchell is a Philadelphia-based composer, arranger and alto saxophonist. After graduating high school, Leon studied alto saxophone under giants like Jimmy Heath and Bill Barron, but soon focused his talents on composition and arranging. In 1956, Leon had his first success when Late Spring was recorded by Art Blakey and the Jazz Messengers. He also worked subcontracting arranging from Gigi Gryce. In 1959, Leon's composition To Lady (written in memory of the recently passed Billie Holiday) was recorded by Max Roach. During the early 1960s, Leon worked as an A&R Director of Blue Note records—the first person to take on the position who was not signed as an artist.

During the course of his tenure, Leon supervised sessions with Stanley Turrentine, Horace Parlan, Donald Byrd, Johnny Griffin, Kenny Dorham, Jackie McLean, among others. Several of Leon's compositions were recorded over this period.

In 1962, Leon moved from New York to Philadelphia, where he worked locally as a musician and taught arranging to students as notable as Donny Hathaway. He also ran a full-service commercial printing company. Recent projects have included serving as the musical director of the Philadelphia Legends of Jazz Orchestra; managing his wife's career, vocalist Ella Gahnt; and developing musical pedagogy systems. He continues to play, teach and arrange in Philadelphia today. Learn more information about Leon Mitchell at LeonMitchell.com.