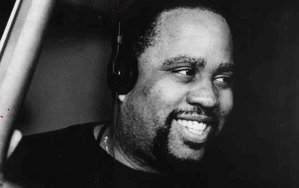 Pennsylvanian Charles Fambrough was a well-respected jazz bassist, composer and record producer. Fambrough received a scholarship to study classical piano, but picked up the bass at age thirteen, eventually leaving school to pursue his true passion in jazz as a bassist. In 1968 he began playing in local pit bands for musicals. He joined saxophonist Grover Washington's band in 1970. Fambrough also had considerable experience playing Latin jazz as a sideman with Airto Moreira and Flora Purim, as well as Jerry Gonzalez and the Fort Apache Band.

He regularly performed and recorded with pianist Bill O’Connell, and recorded multiple albums with the legendary pianist McCoy Tyner. Shortly after he joined Art Blakey's Jazz Messengers, he was featured on the pivotal "Album of the Year" in 1982. Charles was also the bassist on pianist James Williams' album "Images (Of Things To Come)" and Roy Hargrove's "Diamond In The Rough." Under Creed Taylor's CTI label, Fambrough had three successful albums with artists Wynton and Branford Marsalis, Roy Hargrove, Kenny Kirkland, Jerry Gonzalez and many others. Towards the latter half of his life he became a freelance performer, but health hindered the artist from participating as much as he once did. Despite illness, he continued to play close to his hometown and was a featured bassist on Lenny White's 2010 album "Anomaly," proving just how magically rare and inventive Fambrough was.