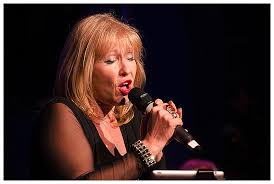 Influenced at an early age by her collection of Duke Ellington and Fats Waller records, May has become one of the finest jazz vocalists and lyricists the U.K. has produced. After heading her own Back Door Theatre Company in the early ‘80s, she established herself as a chanteuse in Paris, forming her first quartet in 1989. She has released seven albums under the U.K. record label 33Jazz, becoming a featured soloist in distinguished jazz events and venues including the Duke Ellington mass, London jazz club, and the Lionel Hampton Jazz Club in Paris. She frequently appears on BBC radio and television.

Among the jazz notables she has shared the stage and/or recorded with are Nikki Iles, David Newton, Stan Tracey, Marian McPartland, Cleo Laine, Ray Bryant and John Dankworth.

Tina was elected the Equity Council as well as the Worshipful Company of Musicians in 2006. She has been a recipient of the London’s Outstanding Young Musician Award, the Number One Vocalist and Critic’s Choice in the 1998 BT Jazz Awards, and the Critic’s Number one Choice in the 1995 British Jazz Vocalist Award.

In 2002 Tina collaborated with pianist/composer Ray Bryant to produce "Tina May Sings The Ray Bryant Songbook," a recording that featured Ray and an ensemble accompanying Tina singing her lyrics to Ray's music.