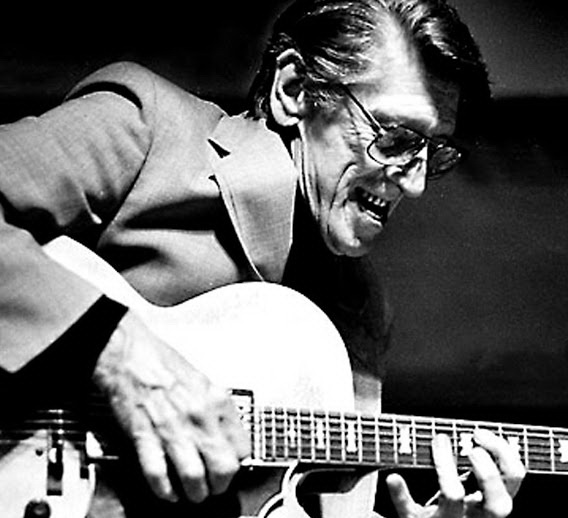 Tal Farlow started out playing a ukulele-tuned mandolin as a hobby before building his own electric guitar in the downtime of a sign painting job. First playing professionally in Philadelphia in the early 1940s, Farlow’s big break into the scene came with a stint in the Red Norvo trio with Charles Mingus in 1949.

One of the first guitarists with a deft grasp of the bebop language, Farlow recorded prolifically throughout the '50s until a partial retirement in 1958. Recording only one album from 1960-1975, Farlow returned to the spotlight in 1976, recording frequently again, performing with ensembles such as The Great Guitars (whose charter members were Barney Kessel, Charlie Byrd, and Herb Ellis), and being featured as the subject of a 1981 documentary.