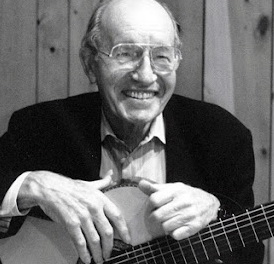 Charlie Byrd’s early life found him in a variety of locales, from the calm borough of Chuckatuck, Virginia, in 1935 (where he began to learn guitar), to the orchestra of the Virginia Polytechnic Institute in 1942, and even to service in a G.I. band in Paris in 1945 (prior to which he faced combat service).

Byrd’s most notable influences were that of classical guitarists Sophocles Papas and Andres Segovia, whom with he studied in the 1950s, and Jazz Manouche guitarist Django Reinhardt; influences which certainly manifested themselves in Byrd’s seminal 1962 "Jazz Samba" recording with saxophonist Stan Getz.

After the incredible commercial success of "Jazz Samba," which reached the number one position on Billboard’s pop charts, Byrd found considerable renown as member of the Great Guitars, which featured the likes of Barney Kessel, Herb Ellis, and Tal Farlow, depending on the occasion.