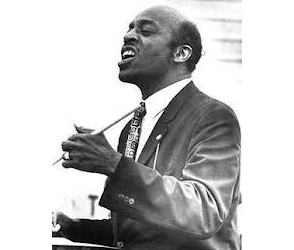 Born Jonathan David Samuel Jones in Chicago, Illinois, Jo Jones got his start playing drums and tap-dancing in carnival shows in Alabama until joining Walter Page's band in Oklahoma City in the late 1920s. He, along with Walter Page and Freddie Green, joined Count Basie's band in 1934. That rhythm section would forever change the sound and feeling of jazz.

Jo Jones is one of the most important drummers in the history of jazz drumming. He was one of the first drummers to feature the brushes. His playing shifted the emphasis away from the bass drum to the cymbals. He was a huge influence on many of his immediate successors such as Buddy Rich, Kenny Clarke, Max Roach, and Philly Joe Jones, to name a few.