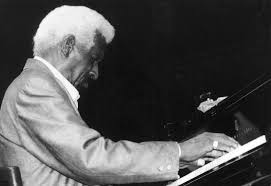 Malcolm Earl Waldron was born in NYC. He studied classical piano starting at age eight. He switched to alto saxophone, but as he said, "when I first heard Charlie Parker I decided to go back to the piano." He was drafted into the Army for two years starting in 1943. He then earned a bachelor of arts degree in composition at Queens College in New York. He made his professional debut in 1950 as a member of Ike Quebec's combo at Café Society in New York City, and recorded with him in 1952.

After playing with a series of R&B groups that included Big Nick Nicholas, Waldron returned to jazz, and on October 31, 1954, recorded on Charles Mingus's Jazz Composers' Workshop album for Savoy records. After recording on fellow Mingus sideman Teo Macero's project the next year, Mal recorded his first original composition Mood Malody with Jackie McLean. Then in early 1956 he recorded his own Vibrations with Teddy Charles. In the middle of that year he recorded with Gene Ammons and started a long tenure with Prestige Records.

On November 9, 1956, Mal made his first album as a leader ("Mal 1") with his own quintet that featured Idrees Sulieman (trumpet) and Gigi Gryce (alto sax). Mal wrote and recorded many original compositions in his six-decade career, including his own jazz standard Soul Eyes.