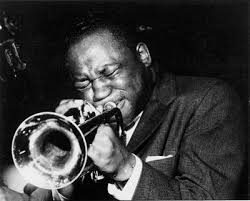 Hailed as one of the most brilliant trumpeters of his generation by audiences and musicians alike, Clifford Brown remains a legend to this day. His story is still the ultimate jazz tragedy. At age 25, he was a trumpet player who had everything going for him: an incredible sound, dazzling technique and ideas, and a great compositional gift, but a fatal car accident ended his just-budding career five years in.

Born in Wilmington, Delaware, Clifford was introduced to music by his father, who organized the sons of the family into a vocal quartet. When Clifford entered high school, his father bought him a trumpet and signed him up for lessons. By 1948, he was playing regularly in the Philadelphia area. A brief hiatus (due to a car accident, an eerie foreshadowing of his fate) led him to take up the piano, but after he regained his health he moved to New York and began to work there. Early performances at jam sessions with Dizzy Gillespie, Charlie Parker and Fats Navarro (his major influences) led to work with R&B bandleader Chris Powell, Lionel Hampton and Tadd Dameron. through 1953. In 1954, Clifford began his famous association with drummer Max Roach, forming the Brown-Roach Quintet (filled out by Harold Land, George Morrow, and Richie Powell). Throughout these years, he made over a dozen recordings, which are still regarded as some of the finest in jazz. His brief career came to an end on June 27, 1956, a loss that shook the jazz world and continues to make his devotees wonder what could have been to this day. His legacy includes not only his lauded trumpet style, but several compositions that went on to become jazz standards like Joy Spring, Daahoud, and Sandu.