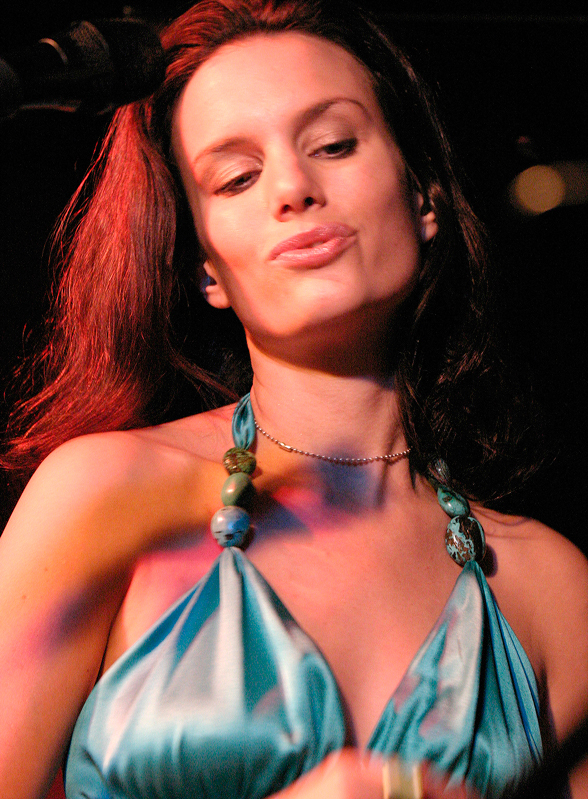 Carolyn Leonhart comes from a tradition of jazz, but has a strong influence of rock and pop. Her father is celebrated bassist Jay Leonhart and her mother is vocalist Donna Leonhart. Growing up, Carolyn saw her father accompany singers like Sarah Vaughan, Mel Torme, and Peggy Lee. As a student at Rochester University, Carolyn won the DownBeat Outstanding Jazz Singer in College Award. In 1994, she placed 3rd in the Thelonious Monk Vocal Jazz Competition. She released her first album in 2000, “Steal The Moon,” a collaboration with pianist/composer Rob Bargad. During this time, she worked consistently as a backup singer for rock band Steely Dan and recorded with them on several Grammy-winning albums. She has also worked with numerous rap artists. She is married to Wayne Escoffery and leads the Carolyn Leonhart Group.