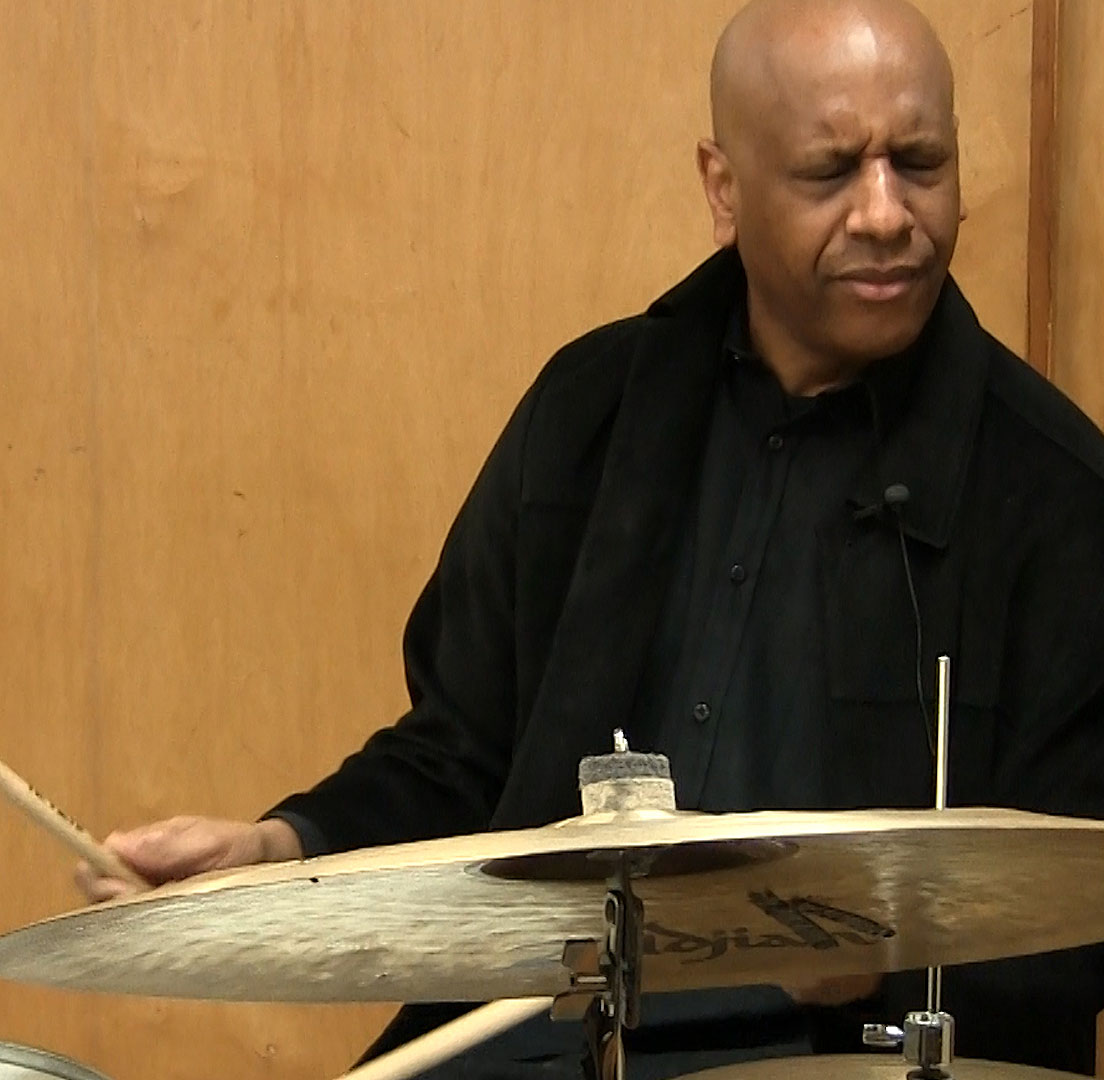 Drummer Billy Drummond first came to international prominence when he joined the bands of the legendary Horace Silver and, later, J.J. Johnson and Sonny Rollins, with whom he spent three formative years. Now one of the busiest players of his generation, he can be heard on nearly 300 albums, including three critically acclaimed recordings as a leader. His album "Dubai" was named Best Jazz CD of 1995 by the New York Times. He currently leads his own band, Freedom of Ideas.

Born in Newport News, Virginia, Billy grew up listening to his father's extensive jazz record collection. Encouraged by his father, also a drummer and saxophonist, he was given his first drum at the age of four and was playing in local bands by the time he was eight. After graduating from Shenandoah Conservatory of Music, where he studied classical and jazz percussion, Billy moved to New York, at the behest of Al Foster, in 1988. There he was immediately recruited to the young band Out of the Blue (OTB), recording "Spiral Staircase" for Blue Note Records, before becoming a member of Horace Silver's Sextet.

Billy maintains a busy touring schedule and is also a highly respected educator. He is currently Professor of Jazz Drums at the Juilliard School of Music and New York University in New York and gives private lessons and workshops around the world.