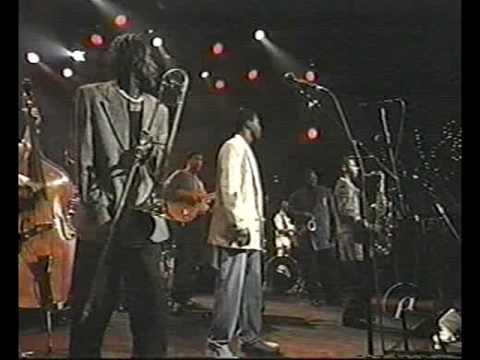 Our audio excerpt starts with Kenny Dorham's classic horn melody. It's set up on the recording by an eight-measure introduction: four measures of solo piano, then bass and drums enter, setting up the groove. The intro is included in the C treble clef lead sheet.

As Kenny Dorham says of the recording in the original liner notes: "The groove was very good. And when you get that relaxing a groove, you just don't stop. Besides, the enthusiasm of the other guys seemed to be rising as we went along so there was no danger of losing freshness." Una Mas became the whole first side of the original LP (15 minutes and 16 seconds!). Now, thanks to Amazon, you can download it as a separate track.

Kenny's two-horn arrangement from the original album is available; the separate parts include his classic shout chorus.
In addition to being a Blue Note Records hit for Kenny Dorham, "Una Mas" was also Joe Henderson's first official recording date. The "Una Mas" rhythm section had already recorded together a month and a half earlier for Blue Note. That was Tony Williams's first recording ("Vertigo" / Jackie McLean). Pianist Ronnie Mathews had always told me that he played Una Mas with Kenny Dorham before Kenny's Blue Note recording. Thanks to a radio broadcast, an earlier performance (January 15, 1963) has now been released with Ronnie on piano, Kenny on trumpet and Joe Henderson on tenor sax. Interestingly, radio announcer Alan Grant calls it My Injun From Brazil. This track can be purchased on Amazon

The landmark April 1, 1963, session produced many masterpieces, among them Una Mas. Sao Paulo and Straight Ahead, also from this session, are also available on jazzleadsheets.com.
Solo Piano Arrangement: Don Sickler: "We're also making a solo piano arrangement by Ronnie Mathews available. Ronnie did this arrangement for me several years ago, before I knew that the performance of Ronnie with Kenny Dorham had been preserved. Ronnie had played a lot of K.D.'s music with him over the years, and he was always interested in being part of any K.D. project I was working on. In addition to playing with me in the T.S. Monk Band, which played several Dorham titles, Ronnie also played at Kenny's 75th Birthday Celebration and the other Dorham festivals at the Jazz Standard, NYC."