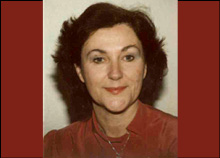 We don't know much about Kathe Laursen. When Idrees Sulieman left Denmark and came back to the US, he spent some time at Second Floor Music, working with Don Sickler on documenting his music. Idrees told us of his friendship with Kathe Laursen and how she co-wrote some compositions with him.

Idrees kept in very close contact with Kathe, returning to Copenhagen several times and speaking with her quite often.