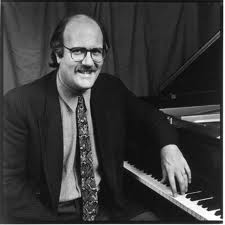 Composer, arranger, pianist and educator Jim McNeely hails from outside of Chicago and moved to New York City to begin his career in 1975. In 1978, Jim joined the Thad Jones-Mel Lewis Jazz Orchestra as the pianist and a featured soloist and spent six years with the band and its successor, Mel Lewis and the Vanguard Jazz Orchestra.

In 1981, Jim became the pianist/composer for the Stan Getz quartet, with whom he stayed for four years. During that time Jim also worked extensively with Chet Baker. After his tenure with the Stan Getz quartet, Jim became the pianist in the Phil Woods Quintet from 1990-1995. Jim's accomplishments as a gifted composer and arranger were acknowledged when he returned to the Vanguard Jazz Orchestra as their Composer-In-Residence in 1996, a position he still holds today.

In 2008, he won a Grammy for the album Monday Night Live at the Village Vanguard, which he recorded with the Vanguard Jazz Orchestra. He has also written for the Carnegie Hall Jazz Band. Since 1998, Jim has been the Permanent Chief Conductor of the Danish Jazz Orchestra and earned several Grammy nominations for his work with them. Jim has also been a jazz faculty member at New York University since 1981 and is currently their Adjunct Resident Artist in Jazz Studies. Other teaching positions include Manhattan School of Music and William Patterson University. Jim currently resides in Montclair, New Jersey and continues to be an important part of the New York and international jazz scenes. Stay current on Jim's recent news at his website.