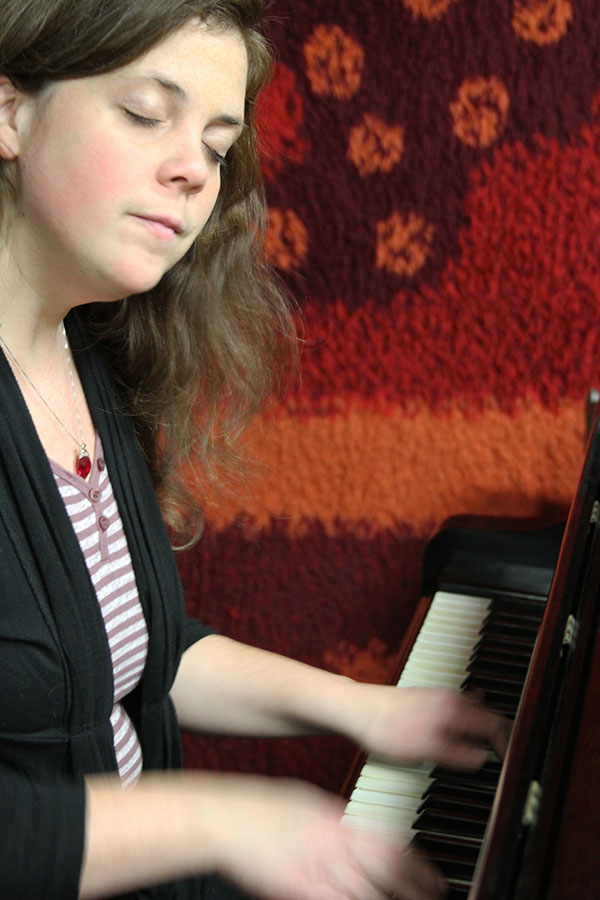 Pianist, composer, and singer Dawn Clement is a rising star in the Pacific Northwest jazz scene. She has lived and worked in Seattle since 1996, garnering the attention of critics and jazz legends (like Julian Priester) alike. Dawn took up piano at age 11 and continued her musical studies at the Cornish College of the Arts, where she is now a member of the music faculty.

Her first album, "Hush," was released in 2003 and caught the attention of notable critics. Since then, she has released four more albums as a leader; most recently "Tempest/Cobalt" in 2013. Other projects include playing with the Jane Ira Bloom Quartet, Priester's Cue (Julian Priester's Quartet), the Johnaye Kendrick Quartet, the Seattle Pianist Collective, and two of her own projects: Tempest and the Dawn Clement Trio.

Dawn's exceptional abilities have been recognized through awards, performances in renowned spaces, and collaborations with many notable modern jazz performers. She has won the Sisters in Jazz Collegiate Competition, a Kreielsheimer Scholarship, a King County Arts Commission Grant, an Earshot Jazz Award for "Best Emerging Artist," and a Faculty Development Grant from Cornish. She has a MFA in Music Composition from the Vermont College of Fine Arts. She has graced the stages of Carnegie Hall, Kennedy Center, Le Conservatoire Superieur in Paris and Benaroya Hall in Seattle. Dawn was selected for a United States Embassy tour to Peru with the Johnaye Kendrick Quartet in 2013. In 2015, she toured with vocalist René Marie. She has played alongside Pharaoh Sanders, Nancy King, Ingrid Jensen, John Clayton, Mercer Ellington, and Bobby Previte, among others.