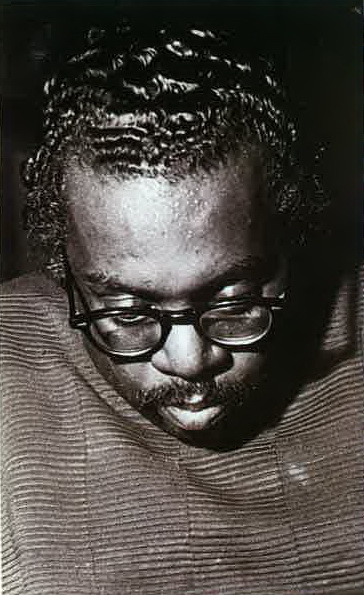 Calvin "Cal" Massey is best known as a composer whose works were recorded by some of the greatest musicians of the bebop and hard bop era. Born in Philadelphia but raised in Pittsburgh, Cal moved back to Philadelphia in his teens and met John Coltrane, starting a friendship that would last the rest of Coltrane's life.

Massey's song Bakai was recorded by Coltrane on the latter's first recording session as a leader. Another notable Massey composition that Coltrane recorded was The Damned Don't Cry, which was played at the recording session for the classic 1961 album "Africa/Brass" in an arrangement by composer Romulus Franceschini, a frequent collaborator of Massey's.

Massey's one album as a leader and trumpeter, also recorded in 1961, is titled "Blues To Coltrane." Others who recorded Massey compositions include Charlie Parker, who did Fiesta in 1951, as well as Lee Morgan, McCoy Tyner, and Jackie McLean.

In the '60s, Massey became deeply involved with the civil rights movement. His composition The Black Liberation Movement Suite was performed at benefit concerts for the Black Panther Party. Massey's later compositions became an important part of the repertoire of baritone saxophonist Fred Ho and his Green Monster Big Band. They continue to be performed and recorded by the Eco-Music Big Band, founded by Ho shortly before he died in 2014 and now directed by composer Marie Incontrera.