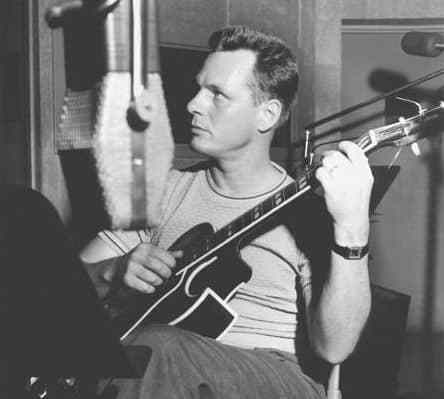 One of jazz’s most recorded guitarists, Barry Galbraith was known for his immaculate taste as an accompanist in any musical context. His guitar studies books are still some of the most popular practice materials for aspiring jazz guitarists today.

In the 1940s, he worked regularly in the bands of Red Norvo, Art Tatum and Claude Thornhill. While working as a studio musician for CBS and NBC in the 1950s and 60s, Galbraith recorded with the likes of Miles Davis, Max Roach, Coleman Hawkins, George Russell, Billie Holiday and Sarah Vaughan. Along with Osie Johnson on drums, Milt Hinton on bass and Hank Jones on piano, he was a member of the New York Rhythm Section. In his later life, Galbraith became an educator, teaching at CUNY and New England Conservatory.