A versatile song that works both as a bossa and, with a half-time feel, as a ballad. Our lead sheet is based on Bertha's recording, which contains both ballad and bossa sections. Two exclusive recordings are available by pianist Glenn Zaleski: Bertha's solo piano arrangement and Glenn's own interpretation. 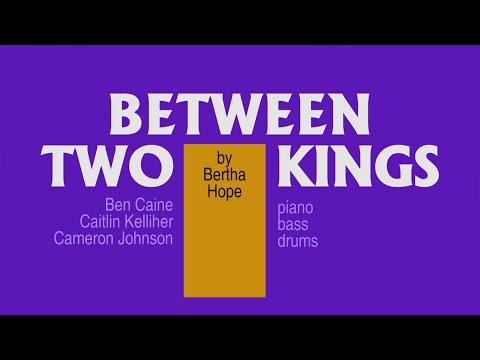 This song's lyrical, slightly wistful melody and elegant changes make it work equally well as a ballad or a bossa. Bertha's recording contains sections at both tempos. The form is short and concise: a 12-measure A section followed by a vamp B section that can be four or eight measures long. There is no melody on the B section, leaving space for a soloist.

The A section changes are all II-V7s, in a generally descending direction with not much to suggest the B section's key center of G minor. Our lead sheets have no key signature. The B section vamp is all on a G minor chord, but with the fifth rising to E♭ (Gm♯5) and E♮ (Gm6) and coming back down. At the end of this section, F♯7 is used to resolve back to Bm7♭5 at the A section.

Our lead sheet is based on the arrangement from the original recording. This arrangement has two sections at different tempos: first ballad, and then bossa. The ballad section is notated in cut-time; the rhythm section feel is half the tempo of the melodic and harmonic rhythm. There is an intro, eight measures of the same vamp as the B section; the B section in the ballad part of the arrangement is four measures long.

On the recording, the bass solos on the intro and plays the melody twice, followed by four choruses of piano solo. The head is then played twice again, with piano on the melody; the second time through, the last chord of A is held out and then the drums set up the tempo for the bossa section. After an open vamp on the B section changes, this half of the arrangement has the same form as the first: head twice, four choruses of piano solo, and head out twice. In this half of the arrangement, the B section (D in our lead sheet) is eight measures long. In our lead sheet, the rhythms of the melody at C (the equivalent of the A section) are based on the way Bertha plays the out head, adding important syncopations to fit in the bossa groove.

Bertha is the only soloist on the recording. However, if you're playing this song with a quartet or any setting with two or more soloists, one could solo in the ballad section and another could solo in the bossa section.
From the liner notes to "Between Two Kings": "The title . . . refers to two important men in African-American history. Dr. Martin Luther King (assassinated 1968) and Rodney King (beaten by police in Los Angeles 1991). I literally put this piece together when I was in Japan right after the Rodney King verdict was delivered. The main motif I had been carrying around in my heart for a very long time, since I was fifteen or sixteen practicing with Dave Pike and Billy Higgins back in L.A. The last part of the song that's faster is closer to my original intent, but one day I was playing with it and found it had a very different feeling when it was slowed down. So, I decided to make it a two part piece by playing the beginning slower than the second part."

Bertha Hope's solo piano arrangement contains both ballad and bossa sections, like the original recording. It's available in an exclusive recording by Glenn Zaleski. Click on the Piano Corner tab for more details about the arrangement.
During the summer of 2012, Don Sickler encouraged pianist Glenn Zaleski to explore the music of Bertha Hope. He worked on the solo piano arrangements Bertha had written, then in December went to Rudy Van Gelder's Englewood Cliffs studio to record them.

Bertha joined Glenn in the jazzleadsheets.com studio, helping him get the subtleties of her music. 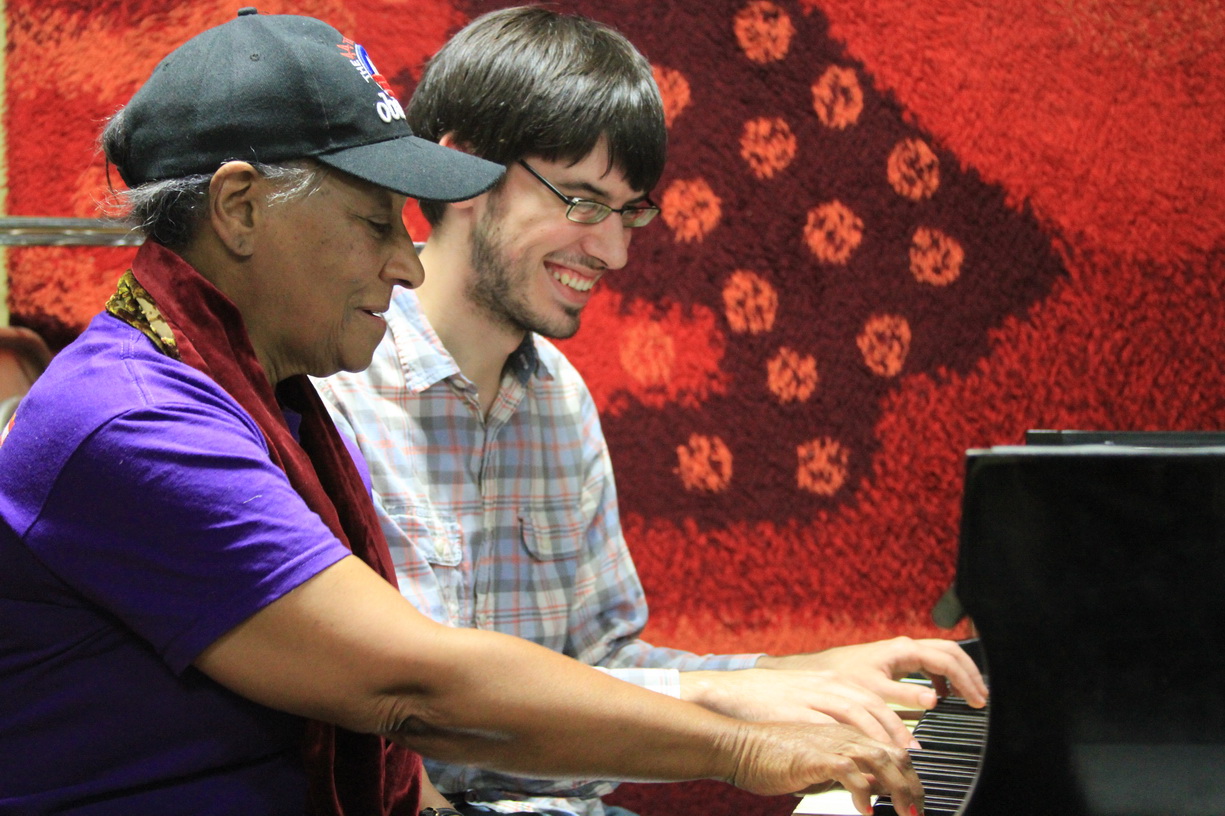 The solo piano arrangement of Between Two Kings presents this song as both ballad and bossa, but the bossa groove begins at the first B section and continues for a second chorus. Glenn Zaleski plays the ballad part rubato, going into time at B. Both choruses use rich two-handed voicings throughout; the ballad A section uses these voicings in whole and half notes behind the single-line melody, and the bossa A section uses similar voicings more rhythmically with the melody on top. In between, the B sections feature soft chords on offbeats that emphasize the chromatic inner voice movement. The rising chords at the end are based on the voicings Bertha plays on the original recording.

Glenn Zaleski's solo piano interpretation of Between Two Kings is influenced by Bertha's solo arrangement—especially at the beginning—but taken in his own direction. He plays the head four times, at three different tempos: slow and rubato for the first A section, medium bossa at B and the next A, and a faster bossa tempo for the second B section and the following chorus and a half. His last B section returns to the medium bossa tempo.

Relative to Bertha's solo piano arrangement, Glenn's version is a bit more intricate. He adds passing chords and some inner voice movement in the A sections, and improvises a bit on the faster B sections. The last chord is the same as in Bertha's arrangement.
In December of 2012, Glenn Zaleski and Bertha Hope joined Don Sickler and Rudy Van Gelder, at Van Gelder's studio, to document Glenn's explorations into Bertha Hope's music. Glenn recorded 14 of Bertha's solo piano arrangements, and played his own improvisations on three of them. Check out the album "Glenn Zaleski At Van Gelder's: Solo Piano" 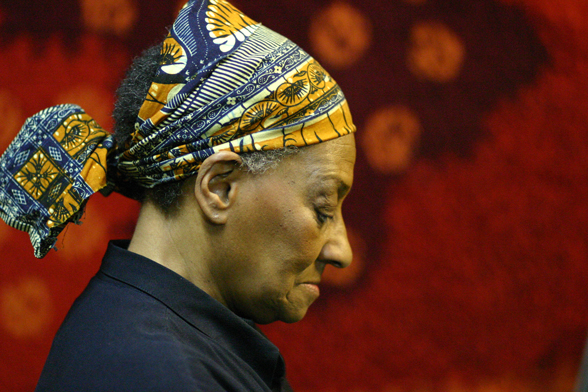 A dynamic force in improvised music, pianist Bertha Hope has been making headway in the jazz scene since the early 1960s. Raised in Los Angeles, Bertha attended Manual Arts High School. She began her jazz journey with pianists Elmo Hope and Richie Powell in her youth. Although she studied piano at Los Angeles Community College, she received her B.A. in early childhood education from Antioch College. She married Elmo in 1960; they moved to New York where Bertha worked as a telephone operator by day and performed at night. Read more...