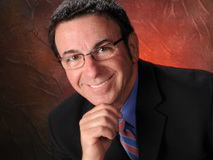 5-time Grammy Award Winner, Vince Cherico, is the drummer for featured artists in today's Jazz and World music venues. From 1995 - 2006 he was the drummer with Ray Barretto & The New World Spirit, later The Ray Barretto Sextet, and developed his reputation in Latin Jazz while touring the world, recording 6 CD's and 2 Grammy nominations for Contact & Time Was,Time Is. Modern Drummer describes Cherico as, "a drummer of fluidity, fire, and physical ease" who "plays with balanced dynamics and a commanding yet sensitive touch."

During 2009 - 2013, in addition to playing with many other groups, Vince toured with famed vocalist Dee Dee Bridgewater, with notable performances at Carnegie Hall, the Monterey Jazz Festival and an NPR broadcast performance Live at the Kennedy Center. During this time period, Vince also recorded with the legendary Manhattan Transfer for their CD: The Chick Corea Songbook.

Not solely focused on gigging, Vince is a dedicated educator teaching privately at his own New York City studio, as well as on the faculty of The Drummers Collective and The Columbia University Jazz Program, teaching classes, ensembles and private lessons.