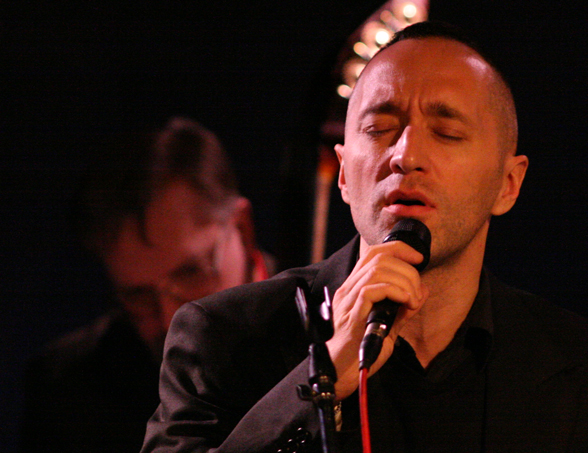 “Uncategorizable” vocalist and composer Theo Bleckmann is known for his unusual, often avant-garde work that encompasses jazz, contemporary classical, cabaret, and even performance art. The German born musician moved to New York in 1989. By 1992, he was collaborating with Kirk Nurock on a series of duets (“Theo & Kirk”). In 1998, he recorded with Sheila Jordan on her album “Jazz Child.” His longstanding collaboration with guitarist Ben Monder has produced six albums, perhaps some of his most popular work. He worked with Meredith Monk as a core ensemble member for fifteen years.

Recently, highly acclaimed 2012 project, “Hello Earth! The Music Of Kate Bush” earned him a spot on NPR’s best must of the year. Other achievements include being selected as DownBeat’s Best Male Vocalist of 2013 & 2014, composing for Steven Speilberg’s Men In Black, collaborating with Philip Glass, and winning the prestigious JAZZ ECHO award in 2010.