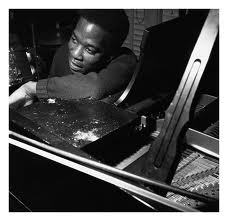 A remarkable composer and pianist whose special touch and articulation makes him instantly recognizable at the piano, Sonny (Conrad Yeatis Clark) was born in Herminie, PA, a small mining town 60 miles from Pittsburgh. He started piano at four, and at six was featured playing boogie-woogie on several amateur hour radio programs. He spent his teenage years in Pittsburgh, playing vibes and bass in high school as well as being featured on piano. He went to California in 1951 with his older brother, also a pianist, and worked in both San Francisco and Los Angeles, starting his recording career at age 22 in February, 1953, with Teddy Charles.

He soon recorded with Art Pepper and Buddy DeFranco (traveling to Europe for a couple of months to start 1954), then returned to LA to work with Buddy, Cal Tjader, Sonny Criss, Frank Rosolino, Serge Chaloff, Lawrence Marable-James Clay quartet and Howard Rumsey's Lighthouse All-Stars. He decided to work his way back East by joining Dinah Washington, arriving in NYC in April of 1957. On June 11 and 12 he did his first NY recording sessions as part of the Sonny Rollins quartet for Riverside Records. June 23, 1957, marks his first Blue Note date as a member of a Hank Mobley sextet. Within the next month, on July 21, he recorded his own first leader date for Blue Note: "Dial S For Sonny." He continued to record many more sessions for Blue Note as both sideman (with Curtis Fuller, more Hank Mobley, Johnny Griffin, Clifford Jordan, Lee Morgan, Art Farmer, Lou Donaldson, Tina Brooks, Bennie Green, Jackie McLean, Grant Green, Ike Quebec, Dexter Gordon and others) and as a leader right up to his last recording session, a Stanley Turrentine sextet date (October 18, 1962). He recorded mostly for Blue Note but did find time to also record with Philly Joe Jones (Riverside), Coleman Hawkins (Colpix), more with Bennie Green (Enrica and Time), his own leader date and a date with Stanley Turrentine on Time. We are blessed that he left us with many great recordings from both his California and New York periods. Sonny, along with bassist Butch Warren and drummer Billy Higgins, created one of the truly classic rhythm sections of this period. He was hospitalized in late 1962 with a leg infection and was released only shortly before he passed away in January. Sonny was only 31 years old when he died.