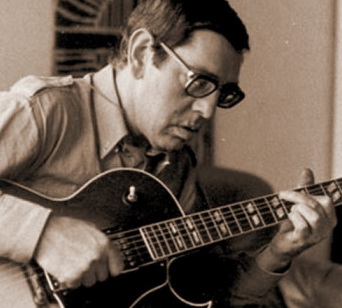 While often overlooked, Belgian guitarist René Thomas was one of Europe’s finest. Born in Liège, Belgium in 1927, Thomas eventually moved to Paris in the 1950s, where he would become an integral part of the jazz scene. Known for his elegant style influenced by Django Reinhardt and Jimmy Raney, he found work with Chet Baker, Sonny Rollins, Toshiko Akiyoshi and Kenny Clarke. Later, after a brief stint in Montreal and return to Paris, Thomas played in Stan Getz’s European band from 1969 to 1972. He is featured on the saxophonist’s album "Dynasty" (1971).