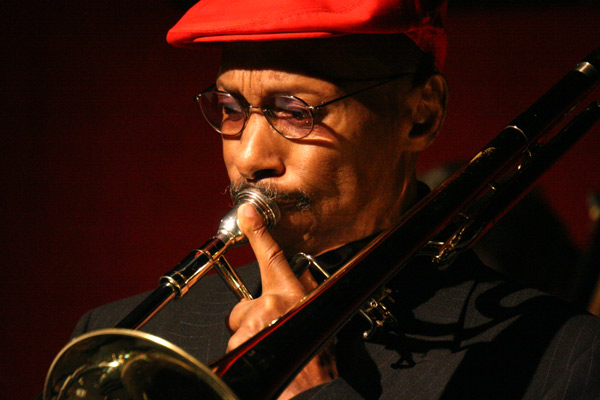 Julian Priester has brought a vital, spirited style of trombone playing to a wealth of artists, while contributing interesting compositions to the libraries of many of these groups. In his native Chicago, he played with bluesmen Muddy Waters and Bo Diddley, forward-looking bandleader Sun Ra, the master swing era vibist Lionel Hampton and blues-jazz singing marvel Dinah Washington.

Locating in New York in the late 1950s, Priester was heard with Max Roach’s sextet alongside Eric Dolphy and Clifford Jordan, then later Art Blakey’s Jazz Messengers, McCoy Tyner, Donald Byrd and Slide Hampton. In the 1970s, he was part of Duke Ellington’s orchestra and Herbie Hancock’s sextet and also played with pianists Stanley Cowell and Red Garland. The trombonist has lived in Seattle since the 1980s, during which time he has toured with bassist Dave Holland. He recently retired from teaching at the Cornish College of the Arts in Seattle, Washington.