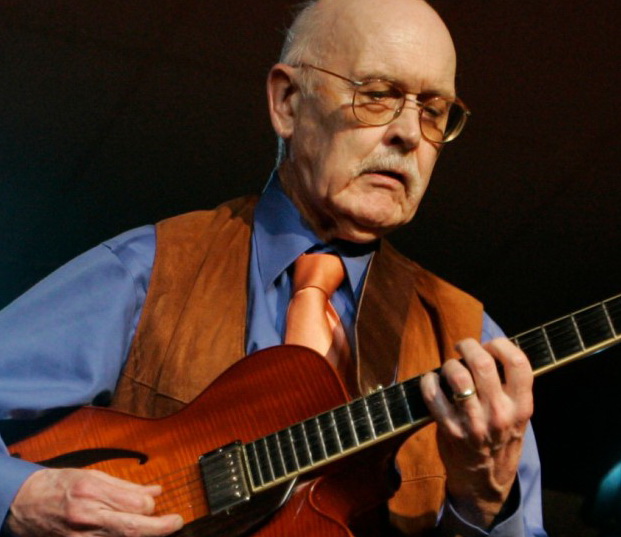 Jim Hall was born in Buffalo, New York, but grew up in Cleveland around musical family members. Hall began playing guitar at the age of ten, but first became infatuated with jazz at the age of 13 after hearing Charlie Christian’s playing with Benny Goodman on songs such as Grand Slam.

As a teenager, Hall worked professionally in Cleveland on both guitar and bass, and in 1955, he enrolled at the Cleveland Institute of Music to study classical composition. Hall’s first “break” into the jazz scene came with a stint in Chico Hamilton’s band from 1955-1956. Within the following decade, Hall recorded and performed with artists such as Jimmy Giuffre, Sonny Rollins, Art Farmer, Lee Konitz, and Bill Evans. Hall also joined the studio band for the Merv Griffin show in 1963: a gig which he would leave in the late 60s to pursue his solo career, for which he recorded prolifically as a leader with albums such as "Alone Together" (1972) and "Jim Hall Live!" (1975).