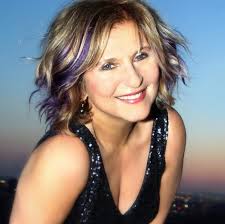 Janis Siegel is best known for her work in the prolific and successful jazz vocal group Manhattan Transfer, but has also had a strong solo career. During Janis’s tenure, Manhattan Transfer has earned 10 Grammy awards and in 2003 was inducted into the Vocal Group Hall of Fame. Janis won a Grammy herself for her arrangement for her 1980 arrangement of Birdland.

Janis began her solo career in 1981 with her debut album “Experiment In White.” Her follow-up album, “At Home,” earned a Grammy nod for Best Female Jazz Vocal. In 1985, she joined Bobby McFerrin, Jon Hendricks, and Dianne Reeves in a group called “Sing, Sing, Sing.” She continues to tour with Bobby McFerrin in his Voicestra. Thus far, she has recorded ten solo albums -- her most recent release in 2013 -- and has collaborated with artists like Dee Dee Bridgewater, Al Jarreau, Houston Person, and Victor Lewis.