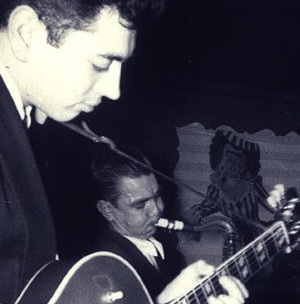 Dick Garcia first picked up the guitar at age nine, teaching himself the instrument and the jazz language well enough to begin working professionally at nineteen with clarinetist Tony Scott.

In the thirteen year recording career that followed, Garcia had notable associations with George Shearing and Kai Winding in addition to recordings with figures such as Charlie Parker. In 1956, Garcia won the guitar category in the annual DownBeat Critics’ Poll and recorded "A Message For Garcia," which is his only album as a sole leader and, notably, one of pianist Bill Evans first professional recording dates.