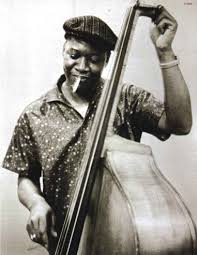 Originally from Kansas City, MO, Curtis Counce moved to Los Angeles in 1945 where he became known as one of the great West Coast bassists. It was there he performed and recorded with all the top West Coast musicians of the time including Hampton Hawes, Shelly Manne, Shorty Rogers, and Stan Kenton. Counce also recorded six records as a leader, unlike most bassists of his time.