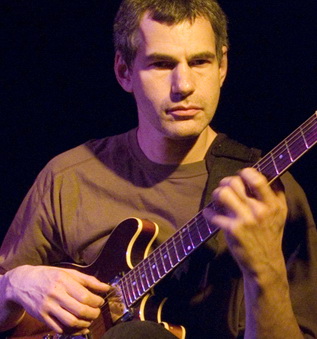 Ben Monder is truly one of the most innovative and inimitable guitarists on the scene today. Able to summon a multitude of soundscapes from his guitar, a result of his nearly mythical work-ethic and connection to the instrument, Monder’s expansive palette has found him in demand from artists as wide ranging as Paul Motian, Brother Jack McDuff, and David Bowie.

In addition, Monder has released a considerable amount of work as a leader, perhaps the most notable of which are his solo guitar recordings, which find the guitar’s musical capabilities explored in a manner that’s not only breathtaking, but wholly personal and absolutely unreplicable.