A quirky ballad that keeps traveling around and through different key centers, without making a final resolution.

Though this song is recognizably in a bebop-ish style, it does not have an obvious key center. The A section contains several allusions to F major, while the bridge begins in E major; however, there are no final resolutions. The recording has a 2-horn arrangement, but this song works for a quartet as well. There is no intro; the audio clip begins at the start of the recording.
According to John Webber, "The A section came from an exercise in music school. Many moons ago."

"Bopera House" was not only trumpeter John Marshall's first album as a leader, but also the first recording of John Webber, both as a bassist and a composer. To date, though Webber has appeared as a sideman on many albums, he has only recorded one album as a leader, 2014's "Down For The Count". John Marshall moved to Germany not long after this album was recorded, where he now works with the West German Radio-Television Big Band in Cologne.

Email Send So Young to a friend 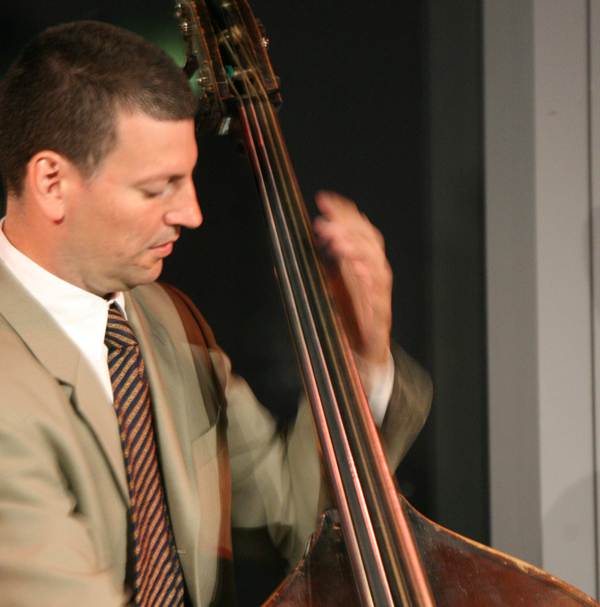 John Webber continues the tradition of strong bass players, hailing from the Midwest with his strong but relaxed and melodic style. Born in St. Louis, Missouri, John grew up in the Chicago suburb of Wheaton, Illinois, where he took up electric bass at age 10; by 15, he was playing contra bass. During his time in Chicago, he steadily built a reputation as one of the strongest young bass players on the scene and worked paid gigs as early as high school with musicians like Jodie Christian and Von Freeman. Read more...