The idea for jazzleadsheets.com surfaced in late 2007 as a digital offshoot of Don Sickler's music publishing and print music company, Second Floor Music, which he founded in 1978.

Don started jazzleadsheets.com after several print music companies approached him with hopes of representing the digital rights for his catalogs. Second Floor Music already had a strong reputation as a premier source for high-quality combo charts, big band arrangements and jazz folios, so music distributors knew they could rely on Don to provide the best and most accurate lead sheets for their digital ventures. But Don knew that on these new e-commerce sites, jazz would be an afterthought, and composers would get second billing to pop recording artists. Not content to let the works of legendary jazz composers stay in the background, Don decided to branch out and start his own e-commerce project.

It was obvious that digital was the way to go, as local music and record stores began to close in favor of online retailers. The music industry was changing rapidly; Don wanted his composers and their music to be on the forefront. With just one seminar on e-commerce business, an enterprising Columbia University student's web development skills, and a desire to make the music available to everyone who wanted to play it, Don and his wife Maureen set out to make jazzleadsheets.com a reality. In 2009, the first version of jazzleadsheets.com launched, and soon, jazz fans from around the world were finding previously unavailable lead sheets from their favorite composers and downloading them instantly.

Every lead sheet made available starts in Don's hands (and ears), is given to Osho Endo for engraving, then undergoes rigorous proofreading at the hands of in-house and, when necessary, outside experts. The historical notes require intensive research, supplemented by our memories of the composers or their own notes, when possible.

Don continues to surround himself with talented young artists and thinkers today to ensure that jazzleadsheets.com is always a current, modern project. The website has expanded beyond lead sheets into transcribed solos, special resources for each instrument, Minus You and exclusive audio plus educational tools. With more new features always in development, Don has ensured that jazzleadsheets.com is a premier resource for repertoire, featuring music from the Second Floor Music catalogs from the 1930s to the present. 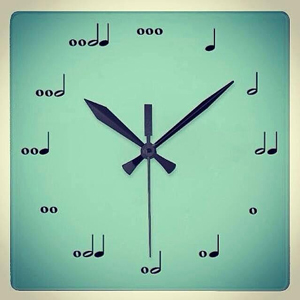