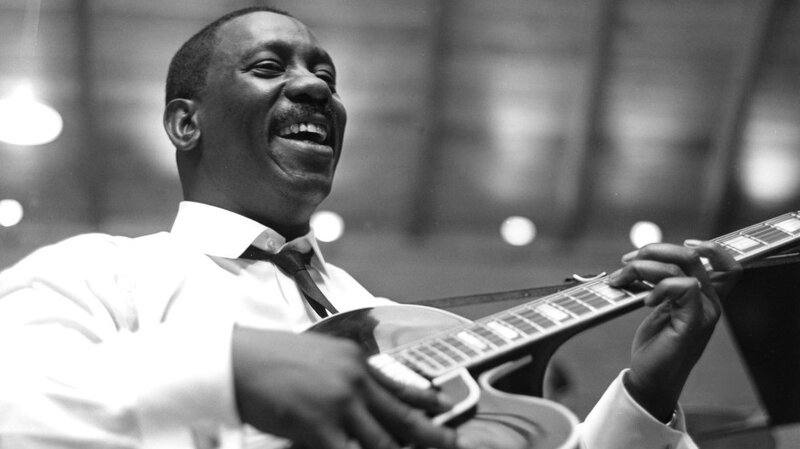 Arguably the most famous jazz guitarist of all time, Wes Montgomery has had a lasting impact on guitarists of all genres. Known for his stunning chord solos, signature use of octaves and velvety tone—which he achieved by picking with his thumb—Montgomery’s guitar work is instantly identifiable, whether leading his own bands in club settings, adding textures as a sideman or soloing atop an orchestra.

Born in Indianapolis, Indiana, in 1923, Montgomery got a late start in music; while he began learning guitar at age twelve after his brother Monk bought him a four-string tenor instrument, it was not until age twenty, when he heard a Charlie Christian recording, that Montgomery began practicing seriously. His two big breaks came when Lionel Hampton heard him in 1948, hiring him after hearing Montgomery imitate Christian’s playing, and again when Cannonball Adderley convinced Orrin Keepnews of Riverside Records to sign him, which led to his debut album as a leader, "The Wes Montgomery Trio." Montgomery is especially known for his collaborations with his brothers—bassist Monk and pianist/vibraphonist Buddy.