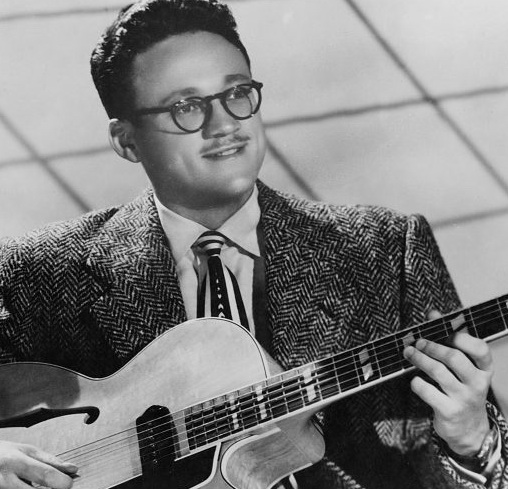 While his virtuosic harmonica playing was featured on Sesame Street and Midnight Cowboy and his whistling on Old Spice advertisements, Toots Thielemans considered himself first and foremost a guitarist. Born in Brussels, Belgium in 1922, Thielemans got his start playing accordion as a child in his parents’ cafe.

However, it was during his time as a math major in college that Thielemans began focusing on guitar after hearing the music of Django Reinhardt. After sitting in at a jam session in New York in 1948, Thielemans was hired as the guitarist for Benny Goodman’s band. He would then go on to work with George Shearing, Ella Fitzgerald, Oscar Peterson, Shirley Horn and many others. His tune Bluesette, featuring his talents on guitar and harmonica, has become a jazz standard.